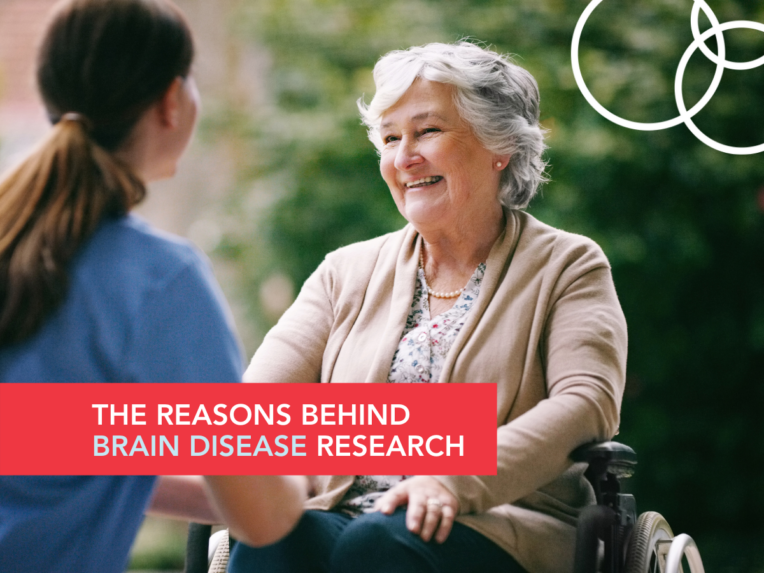 Why we’re committed to pursuing life without brain disease

The American Brain Foundation brings together researchers, patients and donors to champion brain disease research. We promote and invest in research across the whole spectrum of brain diseases because we know that they connect with one another. When we cure one of these diseases, we will cure many.

And we aren’t alone. We asked some members of our community why they are so dedicated to conducting, supporting, and championing brain disease research. Here’s what some of our research grant recipients, board members and brain disease advocates had to say.

The Brain Is Our Control Center

Alonso Zea Vera, MD, received a 2020 Next Generation Research Grant from the American Brain Foundation for his research on studying brain responses in typically developing children and children with Tourette Syndrome (TS). His goal is to identify a biomarker of TS and tic severity, which he could then use to help develop individualized non-invasive therapy.

Dr. Zea Vera explains that brain disease research is important because the findings have the potential to go beyond the individual disease and even beyond our central nervous system. “The brain basically controls everything we do. Almost every system in which something goes wrong will eventually affect the brain.”

The possibility that all three of these diseases might share a pathway is what inspires Dr. Zea Vera and what illustrates the interconnectedness of the brain and underlies the importance of our approach to studying the whole brain.

All it Takes Is One Committed Person

“One committed person can cure a disease,” he says. “A good example of this is Dr. Jerry Mendell, who discovered several decades ago the cause of spinal muscular atrophy, a disease that was fatal in 100% of the babies who had it.” Dr. Mendell then developed a one-time treatment that helps babies with spinal muscular atrophy develop normally. “This was once the most common fatal neurological disease for babies, and now it’s curable. And that is just the start,” says Dr. Griggs, “We are going to find many other, similarly curable diseases in the years ahead.”

Dr. Mendell’s research, which earned him the American Brain Foundation’s Cure One, Cure Many Award, is proof that investing in brain disease research leads to life-changing cures. By giving new researchers with novel approaches the funds they need to make discoveries, the Foundation could be the engine that will develop treatment for neurological diseases and lead to cures.

Getting One Step Closer to a Cure

Sasha Pina understands the importance of brain disease research better than most. After sustaining a traumatic brain injury at age 16 and subsequently getting an epilepsy diagnosis, her entire life changed. Sasha was no longer able to pursue her dream of playing soccer. Instead, she has dedicated herself to advocating for people with epilepsy and raising awareness about this disorder.

“My hope is that one day, there will be a cure for epilepsy,” Sasha says. “I believe that research is important when it comes to brain diseases because there’s still so much we don’t know. If we keep studying the brain, we may be able to understand why certain brain diseases happen and why they affect the brain, bringing us one step closer to a cure.”

That’s why, along with being an organ donor, Sasha is also a brain donor. As a former athlete who suffered multiple TBIs in her, she believes that by donating her brain to research, she will be a part of paving the way to cures not just for epilepsy, but for all kinds of brain diseases and disorders.

The American Brain Foundation was founded to bring researchers and donors together in the fight against brain disease. Learn more about brain disease or make a gift to support groundbreaking brain disease research. Donate today to make a difference.