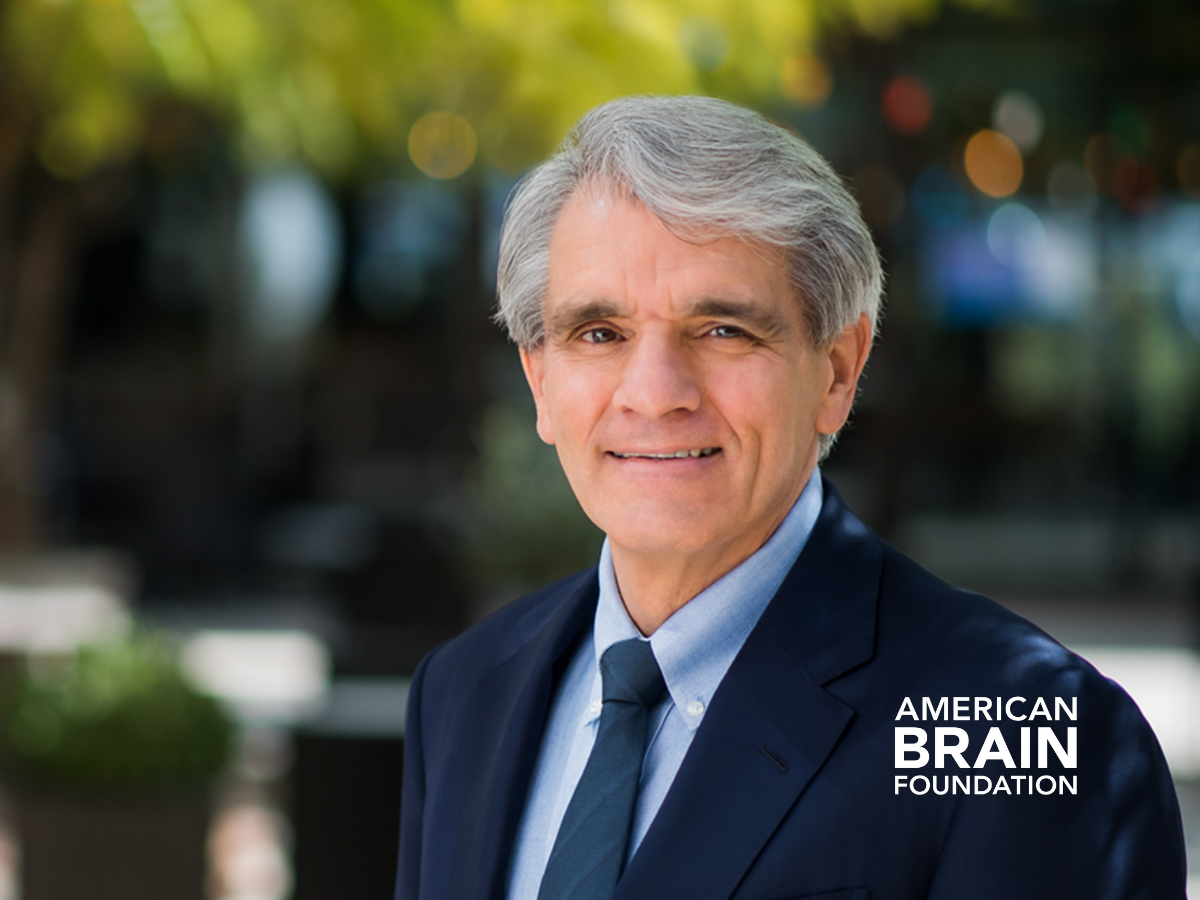 Dr. Hauser is a renowned neuroimmunologist who has dedicated his career to advancing the understanding of multiple sclerosis.

The American Brain Foundation prioritizes research across the whole brain, because we know that when we cure one brain disease, we will cure many. This month we’re excited to highlight the career-long contributions of Stephen L. Hauser, MD, whose groundbreaking work on multiple sclerosis has transformed treatment while also leading to discoveries in other areas of brain disease research. Dr. Hauser was recently honored with the American Brain Foundation’s Scientific Breakthrough Award for his 40+ year commitment to evolving and deepening our understanding of multiple sclerosis (MS).

Dr. Hauser’s early recognition of the potential for immunosuppression in MS treatment led to critical insights and breakthrough B-cell therapies. They may transform the lives of many of the nearly 1 million Americans living with the disease. Dr. Hauser’s commitment to research changed the landscape of treatment for what was previously a relentlessly progressive form of MS.

After earning his degree at Harvard Medical School in 1975, Dr. Hauser went on to train in internal medicine, neurology, and immunology. He is currently the Robert A. Fishman Distinguished Professor of Neurology at the University of California, San Francisco (UCSF) and director of the UCSF Weill Institute for Neurosciences. He is also a fellow of the Association of American Physicians and American Academy of Arts and Sciences. In addition, he is a member of the National Academy of Medicine.

Dr. Hauser has received a wide range of recognition and accolades throughout his long career. He even received an appointment by President Barack Obama to the Presidential Commission for the Study of Bioethical Issues. He has received numerous other awards and honors for his work, including the Jacob Javits Neuroscience Investigator Award, the John Dystel Prize for Multiple Sclerosis Research, the Charcot Award, and the 2017 Taubman Prize for Excellence in Translational Medical Research.

In people with MS, the immune system attacks the protective myelin coating of nerve cells in the brain and spinal cord. This attack blocks the transmission of messages along those nerve cells. That can cause symptoms like weakness, numbness, loss of coordination, and visual impairment. Dr. Hauser led groundbreaking research through which he and his team discovered that B cells, a type of immune cell, are responsible for this attack on the myelin membrane.

As a result of this discovery, he and his colleagues decided to test different immunosuppressive drugs that specifically target B cells. They found that suppressing B cells didn’t just improve symptoms in people with multiple sclerosis. This treatment was also an effective form of therapy for primary progressive MS, the most disabling form of the disease. This research led to the development of a new B cell depleting drug, Ocrelizumab, offering a powerful and promising new approach to treatment for previously untreatable forms of MS.

The American Brain Foundation awarded Dr. Hauser with the Scientific Breakthrough Award at Commitment to Cures on April 6. We give this award to those whose research has led to meaningful advances in brain disease treatment and care.. This year, the Foundation honored Dr. Hauser’s breakthrough research in the genetic basis, immune mechanisms, and treatment of multiple sclerosis.

“I thank the American Brain Foundation for this wonderful honor, which I accept with gratitude and on behalf of the many others who participated in this 40-year journey—colleagues across national borders, industry partners who took risks on a disease mechanism judged by many as implausible, funders including the National MS Society and the NIH, and private donors who believed in novel scientific directions,” said Dr. Hauser.

He also shared his gratitude for the thousands of patients who participated in his research. Dr. Hauser hopes this recognition will highlight the importance of bringing together medical care and science to advance the treatment of brain disease.

The American Brain Foundation funds research—and honors those doing groundbreaking work like Dr. Hauser—across the full spectrum of brain diseases. Because the brain is interconnected, each new discovery has the potential to cure not just one but many different brain diseases.

Interested in learning more about the breakthrough brain disease research supported by the American Brain Foundation? Find all of our 2022 award recipients here.