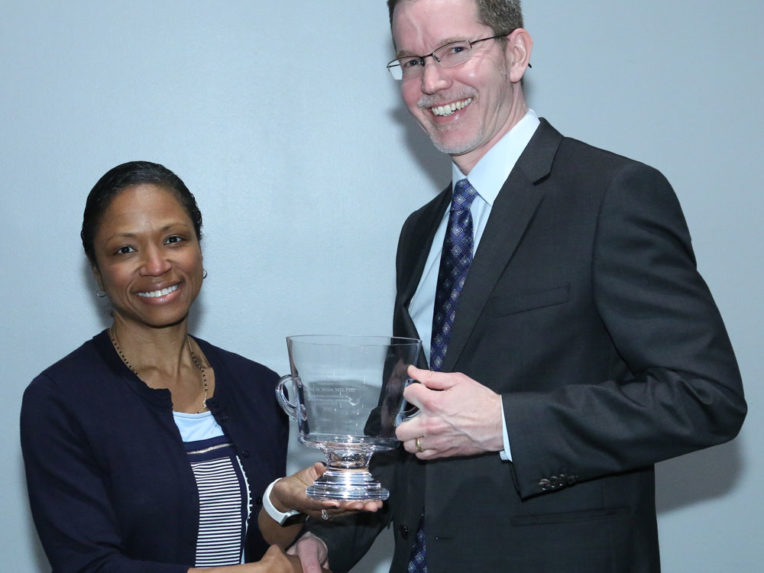 LOS ANGELES – The American Academy of Neurology, The ALS Association and the American Brain Foundation are awarding the 2018 Sheila Essey Award to Timothy M. Miller, MD, PhD, from the Washington University School of Medicine in St. Louis, Mo., and a member of the American Academy of Neurology. The award recognizes significant research contributions in the search for the causes, prevention and cure for amyotrophic lateral sclerosis (ALS), also known as Lou Gehrig’s disease.

Miller will be honored at the American Academy of Neurology’s 70th Annual Meeting in Los Angeles, April 21-27, 2018. The Annual Meeting is the world’s largest gathering of neurologists with more than 13,000 attendees and more than 2,700 scientific presentations on the latest research advances in brain disease. The $50,000 Essey Award prize is given to support continuing ALS research.

Miller is receiving the award for his work to find effective therapies for ALS. Many neurodegenerative diseases, including ALS, involve a build-up of misfolded toxic proteins, so he and his team of researchers are developing a method to turn off the production of these toxic proteins in the brain and spinal fluid.

“Our team has led efforts to find ways to stop these proteins from causing damage to nerve cells that control movement,” said Miller. “We believe that our refined approach may become broadly applicable to clinical trials for all different types of ALS.”

Miller’s approach is currently being tested in human clinical trials for a genetic subset of ALS.

“I feel fortunate to work with a group of individuals who have a genuine commitment to finding treatments for ALS,” said Miller. “I am deeply honored to receive this award and am pleased to be able to share this recognition with them.”

The Sheila Essey Award for ALS Research is made possible through the generosity of the Essey Family Fund through The ALS Association Golden West Chapter. It is in memory of Sheila Essey, wife of National Trustee Richard Essey. Sheila Essey battled ALS for 10 years and died from the disease in 2004.

Learn more about ALS at brainandlife.org.