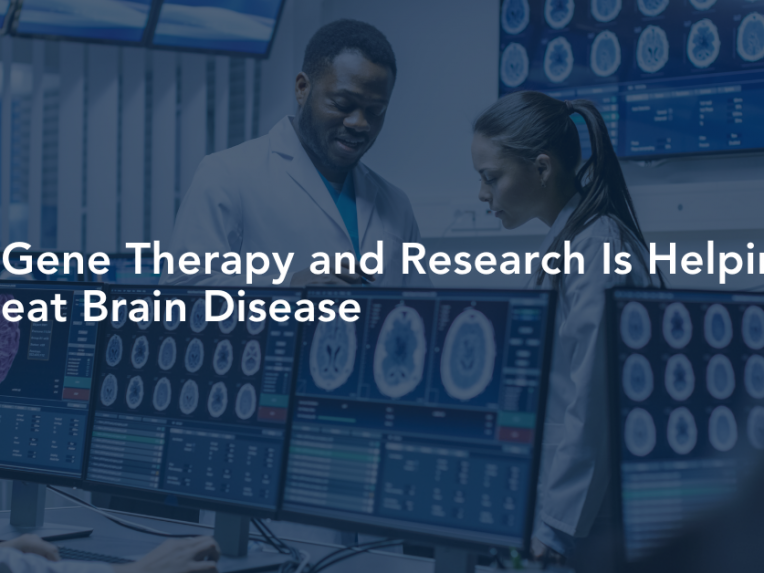 In this month’s news round-up, we look at a groundbreaking new test for Alzheimer’s, the discovery of a missing link in its development, and how an innovative brain imaging study may help treat Alzheimer’s disease and other dementias. We also explore the potential of blood treatments for people with a rare neurologic disorder and how your diet can affect brain health.

Promising new research shows that doctors may be able to diagnose Alzheimer’s disease with a single MRI scan of the brain. Using machine learning technology, researchers analyzed structural features such as shape, size, and texture in each brain region, including those not previously linked with Alzheimer’s. They then developed an algorithm that was able to identify whether a person had Alzheimer’s disease based on specific changes to these specific areas of the brain with 98% accuracy. Perhaps the most exciting aspect of this new method is that it can identify the disease in the early stages when it’s usually difficult to diagnose.

This approach is a vast improvement over current methods of diagnosis, which usually include a series of cognitive and memory tests and brain scans that can take weeks to schedule and process. In contrast, this new approach requires a single MRI scan using a standard machine found in most hospitals. While there currently isn’t a cure for Alzheimer’s disease, early diagnosis could open up possibilities for better treatments and even enable doctors to prevent symptoms from worsening. Accurate early-stage diagnosis will also help researchers learn more about the brain changes that trigger the disease and support the development of effective new treatments. Learn more about how this research can revolutionize the diagnosis of Alzheimer’s disease.

Researchers ​​from the Institute of Neurosciences UMH-CSIC have developed a new brain imaging method that allows them to visualize brain inflammation in greater detail than ever. The technique, using diffusion-weighted magnetic resonance imaging (dw-MRI), can detect the activation of two specific types of brain cells often responsible for chronic inflammation: microglia and astrocytes. This allows researchers to create more detailed images of brain inflammation than current positron emission tomography (PET) scans.

One of the reasons dw-MRI generates much higher resolution images than other non-invasive brain imaging techniques is that the technology can differentiate between specific types of cells. This means that in addition to more detailed images, researchers can use the scans to distinguish inflammation associated with neurodegeneration from other conditions like the demyelination exhibited in multiple sclerosis.

The new technique using dw-MRI is also non-invasive and safe to use repeatedly over a long time, making it especially useful for doctors and researchers attempting to chart the progression of neurodegenerative diseases like Alzheimer’s, Parkinson’s, and other dementias. Learn more about this innovative new brain imaging method.

Foods With Flavonoids May Reduce the Risk of Parkinson’s Disease

So many risk factors for Parkinson’s disease can’t be controlled, such as genetics and age. But what if there was a factor you could control? The latest research suggests there is: your diet. A recent study found that regular consumption of flavonoid-rich foods has been linked to fewer deaths among those with Parkinson’s disease.

Flavonoids are plant-based compounds found in fruit, vegetables, chocolate, and beverages like tea and red wine. Flavonoids can reduce inflammation by scavenging cell-damaging free radicals in the body. In people with Parkinson’s, flavonoids can reduce the loss of dopamine-producing brain cells, slowing down neurodegeneration. “Adopting a healthy diet, high in colorful fruits and veggies, even after a Parkinson’s diagnosis, could slow disease progression and improve survival rates,” says lead author Xiang Gao, MD, PhD, chair of the department of nutrition and food hygiene at Fudan University’s School of Public Health.

Flavonoids are also thought to protect against other health issues, such as cardiovascular disease, stroke, high blood pressure, and even depression. More and more research supports the idea that flavonoid-rich diets are essential for brain health and good health overall. Kellyann Niotis, MD, a neurologist at Weill Cornell Medicine, acknowledges that “there’s no magic bullet for preventing neurodegenerative diseases like Parkinson’s, but we all can make brain-healthier choices. Adhering to a diet rich in antioxidants and flavonoids may positively affect Parkinson’s disease risk, trajectory, and related complications.” Learn more about the link between diet and Parkinson’s disease.

This new study has solved part of that mystery by discovering specific “control sites” on the tau protein through which modifications can be made via protein kinase enzymes. Targeting these “control sites” could enable researchers to significantly reduce tau proteins’ toxic properties in the brains of people with Alzheimer’s disease.

The next steps for the research team are to investigate how their findings may be used to develop new Alzheimer’s treatments. “We have shown that this new concept has therapeutic potential, but future work is needed to understand the role of these master sites in health and disease,” says study lead author Kristie Stefanoska, PhD, Research Fellow in Dementia at Flinders University. Further research will also affect other neurologic disorders that involve tau proteins, such as Parkinson’s disease, CTE, Pick’s disease, and many others. Learn more about the future implications of this breakthrough research.

Stiff person syndrome is a rare neurologic disorder characterized by muscle spasms and stiffness. While symptoms may come and go in the early stages, they eventually become constant. Finding safe and effective treatments can be a struggle, which is why doctors are excited about this new research. A small preliminary study found that a blood treatment called plasmapheresis improved symptoms, function, or both for many of those being treated for stiff person syndrome.

The treatment, also known as therapeutic plasma exchange, cleans the blood by replacing an individual’s plasma with albumin, a naturally occurring protein that can be made from donated plasma. Although the study was small, its findings are encouraging and will lead to further research. “Finding a new way to treat a debilitating and painful disease that has few side effects or risks is a big win. The findings of our research help promote awareness of a treatment that may lead to relief for some people living with stiff person syndrome spectrum disorders,” says study author Scott D. Newsome, DO, of Johns Hopkins University. Read about the full study and the research team’s findings.

Stay up-to-date on the latest news from the American Brain Foundation by following us on Twitter and Facebook. We believe in a future without brain disease—donate today to make a difference.