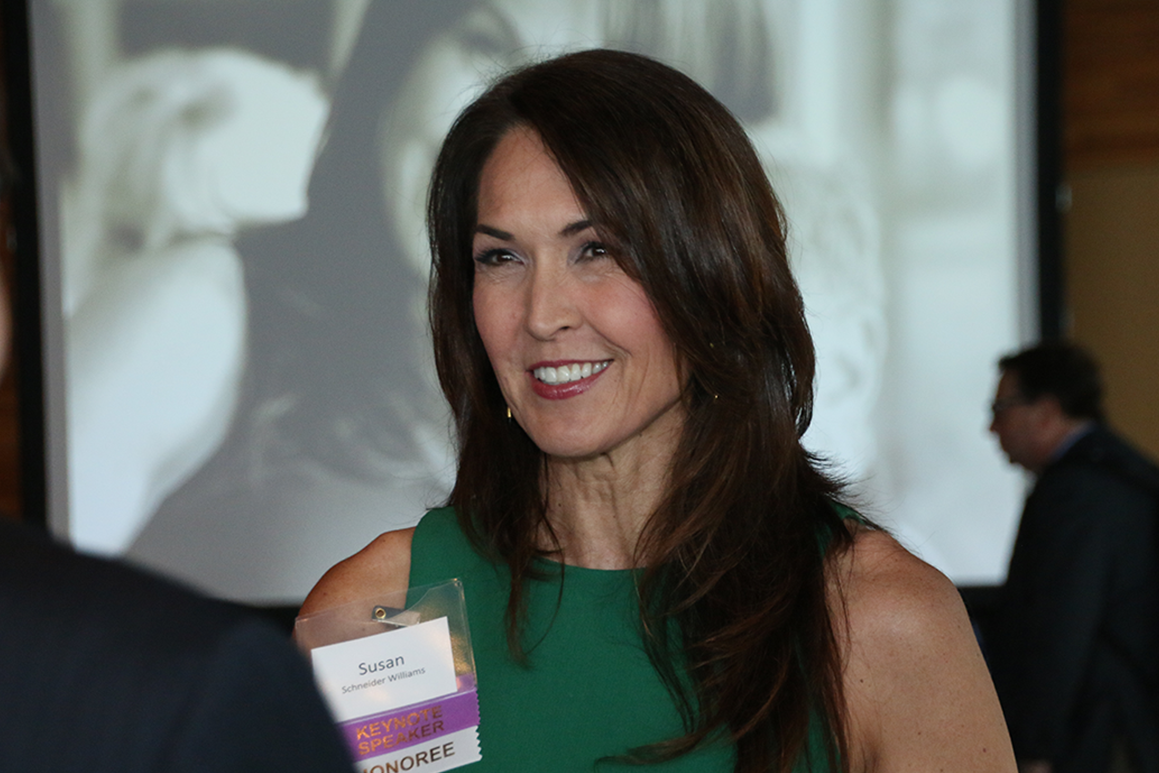 Minneapolis—The American Brain Foundation (ABF), a national charity whose mission is to bring researchers and donors together to defeat brain disease, today announced that Susan Schneider Williams, the widow of actor/comedian Robin Williams, has been appointed to its Board of Directors and will assume an active, leadership role on the Board.

Schneider Williams is committed to educating physicians and caregivers about her intimate, heartbreaking story of how brain disease, particularly Lewy body disease (LBD), slowly and tragically altered every aspect of her late husband’s life. LBD, often undiagnosed, affects an estimated 1.4 million individuals and their families in the United States.

“We are very pleased to welcome Ms. Schneider Williams to the ABF and look forward to her strong commitment to our cause,” said Kevin Goodno, Chair of the ABF Board of Directors. “She shares our organization’s collective passion to accelerate brain disease research and find a cure for brain disease.”

In addition to her new Board duties, Schneider Williams will be a special guest at the American Brain Foundation’s annual fundraising event, Standing Strong, on October 26, 2016, in Minneapolis, MN.

Neurology®, the medical journal of the American Academy of Neurology, has also published an editorial in its September 27, 2016 issue written by Schneider Williams, in which she chronicles Robin Williams’ mental and physical struggles over the last few years of his life. The editorial titled, “The terrorist inside my husband’s brain,” includes a powerful call to action for physicians, researchers and caregivers.  Plus, Schneider Williams speaks candidly about her story in an interview on the September 27, 2016 Neurology podcast.

“My goal is to turn Robin’s suffering into something meaningful,” said Schneider Williams. “Hopefully, from sharing his experience, our experience, I can help raise awareness and increase funding for brain disease research.” She added, “working with the ABF and their incredible community of medical professionals has given me hope that with more research, a cure is possible. ”

The ABF Board’s Honorary Chair, Walter Mondale, the former Vice President of the United States, praised Susan for her willingness to get involved in the Foundation’s critical mission.

“I would say leadership begins with the idea that you have a responsibility to do something about a problem,” said Mondale whose family has experienced tragic losses due to brain diseases. His wife, Joan, passed away in 2014 from Lewy body dementia, and his 51-year-old daughter, Eleanor, succumbed to brain cancer in 2011. “ As we seek these dreadfully difficult answers at the American Brain Foundation,  I think there is great hope that we have wonderfully committed people, like Susan, in our quest for a cure.