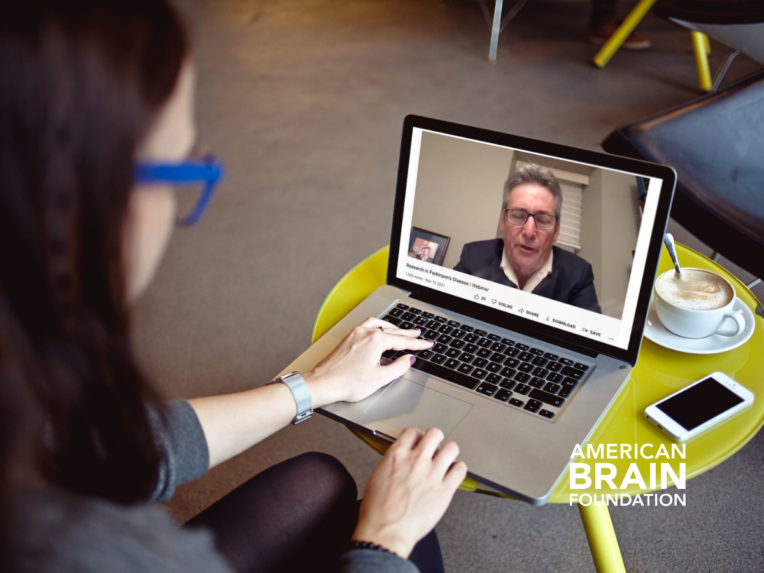 Parkinson’s disease affects nearly 1 million people in the United States. We expect that number to grow to 1.2 million by 2030. In our recent webinar, Matt Stern, MD, a renowned expert in the field of Parkinson’s disease, shared updates on the current state of Parkinson’s research. He also discussed ongoing research and new discoveries that offer hope for people suffering from Parkinson’s and other neurodegenerative diseases.

Parkinson’s disease affects about 1% of the population, primarily people in their late 50s and 60s. It is marked by tremor, slowness of movement, and muscle rigidity. Additional symptoms include gait and balance difficulties, speech issues, and bowel and bladder problems.

Dr. Stern noted how far the treatment of Parkinson’s disease has come since he first started working in the field. “The good news is we’re very effective now at being able to treat many of the symptoms of Parkinson’s disease, and patients can live very long, productive lives with the right kind of therapy,” he says.

Current research is paving the way for the early detection of Parkinson’s disease. When researchers identify biomarkers, doctors will be able to detect and diagnose Parkinson’s earlier. Biomarkers are specific signs that indicate the presence of a disease early on. Early detection can lead to earlier, more effective treatments. It may even become possible to prevent or slow the onset of symptoms.

“What I’m very excited about is this whole notion of biomarkers that may enable us to make the diagnosis of Parkinson’s disease at a time when it’s not disabling—in fact, at a time when there may be no symptoms at all—and then intervene when we can make much more of a difference,” Dr. Stern says.

Dr. Stern pointed to current efforts by The Michael J. Fox Foundation to track the emergence of Parkinson’s symptoms in at-risk individuals. Researchers are currently assembling the largest ever research group of individuals who are at risk of developing Parkinson’s disease but do not yet have it. This research will shine a light on what happens before any Parkinson’s symptoms start. In addition, it could identify what biomarkers may indicate a higher risk of developing the disease. Other studies have also started to identify factors that could potentially indicate higher risk. This includes low dopamine levels, losing the sense of smell, or REM sleep behavior disorders.

Advances in genetics have also helped identify disease-causing genes, including two that are specific to Parkinson’s disease. Therapies targeting these genetic defects may offer promising new ways to reduce the severity or possibly even prevent the disease.

The Future of Parkinson’s Diagnosis

Right now, a Parkinson’s diagnosis is often based on observable symptoms. These observations may be supported by a dopamine scan, sometimes called a DaTscan. That’s because many of the motor symptoms—like tremor, slowness of movement, and muscle rigidity—are linked to a deficiency in the neurotransmitter dopamine. This scan can show abnormalities in the transmission of dopamine in the brain. So it may be an effective early screening tool.

“In the study that we just published last year, we used the DaTscan [imaging that shows how much dopamine is in the brain] and smell testing as our screening tool,” says Dr. Stern. They found that two-thirds of people who had an abnormality in their DaTscan would go on to develop Parkinson’s disease, even if they had no symptoms at the time of the scan.

Researchers are also looking into whether Parkinson’s has different subtypes, which Dr. Stern says has the potential to revolutionize diagnosis and treatment. Diagnostic tools in the past were very limited. So he questions how many people have been misdiagnosed based on symptoms that outwardly present as Parkinson’s. “Because of genetic variability, there were probably a lot of syndromes that we didn’t quite recognize that included what looked exactly like Parkinson’s disease and responded to therapy like Parkinson’s disease,” says Dr. Stern.

One example researchers are starting to investigate is the connection between the “gut microbiome”—the various bacteria, fungi, and microbes found throughout our GI tracts—and the vagus nerve, which connects directly to the brain. “That’s sort of caused this hypothetical question of ‘does Parkinson’s disease actually begin outside the brain?’” asks Dr. Stern. “And my guess is that in some patients the answer is yes, and in some patients it’s no. This is the whole thing: There are probably different forms of Parkinson’s disease.”

Breakthroughs in Treatments and Therapies

Current therapies for Parkinson’s often involve replacing dopamine. Dopamine replacement therapy was a dramatic breakthrough in the late 1960s and early 1970s. Since then, researchers have been looking for ways to reduce the side effects inherent in this type of treatment. Dr. Stern is enthusiastic about these newer forms of dopamine therapy, including infusions and long-acting oral formulations, which more closely mimic how the body naturally processes dopamine.

He also points to research that is helping us better understand the beneficial effects of non-drug treatments such as regular exercise and dietary changes. “There are some studies that have shown that a regular exercise program and things like the Mediterranean Diet [a diet high in vegetables, fruits, grains, and healthy fats like olive oil] may actually reduce the incidence and severity of Parkinson’s disease,” says Dr. Stern.

Dr. Stern also encouraged people with Parkinson’s to talk to their doctor about all symptoms they are experiencing—not just the ones they think are related to the disease. For many people, the non-motor symptoms of Parkinson’s—which can include anxiety, depression, and sleep issues—can be a greater source of disability than the typical motor symptoms. Finding ways to deal with these symptoms is every bit as important to addressing a person’s overall well-being.

Connections Between Parkinson’s and Dementias

The average life expectancy for people with Parkinson’s has increased. So we have seen more cases where the progression of the disease leads to cognitive impairment or dementia. Understanding the connection between the motor symptoms and neurodegenerative properties of the disease is a crucial next step in research. “That may be the biggest unmet need right now,” says Dr. Stern, “Therapies to prevent that from occurring.”

Those cognitive issues also highlight the similarities or connections between Parkinson’s disease dementia and other dementias. “There’s a spectrum between Alzheimer’s disease and Parkinson’s dementia, and often the pathologies coexist,” Dr. Stern says. “In many instances, we find the changes of Alzheimer’s disease in Parkinsonian brains.” This overlap makes it difficult to make an accurate diagnosis while a person is alive—but it also means a breakthrough for one disease could lead to a breakthrough for the other.

New research is exploring how to better distinguish between these degenerative brain diseases. One area of study focuses on the ability to pick up very small amounts of alpha-synuclein (a protein linked to Parkinson’s) in the blood or spinal fluid. While this type of testing is not ready for clinical use yet, Dr. Stern says it may be available soon.

Researchers are also working to find a radiotracer—molecules that can bind to a specific protein and be detected on a scan—which he believes will have a significant impact on diagnosis. “Right now, we can look at an Alzheimer’s patient and do amyloid imaging and pick up the pathology because it’s an extracellular [outside the cell] clumping of protein. In Parkinson’s disease, the alpha-synuclein [protein] is intracellular [inside the cell], and it’s a lot more challenging to get a radio tracer that will bind to it,” he explains.

With research on new methods of early detection and more accurate diagnosis, there is hope that doctors will be able to identify and treat Parkinson’s disease earlier and more effectively. Because Parkinson’s disease is interconnected with other degenerative brain diseases, a breakthrough for one could lead to new discoveries for many others.

The American Brain Foundation is committed to finding cures for brain diseases. Donate today to make a difference. With your help, we won’t have to imagine a life without brain disease; we’ll be able to live in one.