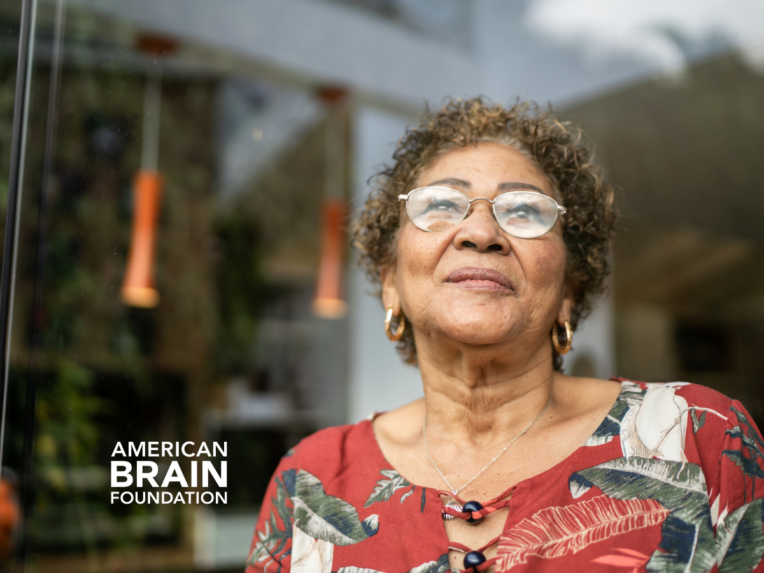 Our recent webinar brought together donors and researchers who are committed to finding better prevention, treatments, and cures for dementia.

With its hallmark characteristic of dementia, Alzheimer’s disease touches many individuals and families. While there is no cure and the disease ultimately ends in death, John C.Morris, MD, recently shared a number of reasons to have hope and optimism for the future.

Dr. Morris is the Director of the Knight Alzheimer Disease Research Center at Washington University in St. Louis. He has served on the ABF research advisory committee and led our 2022 Cure One, Cure Many Award initiative. It’s a research award dedicated to finding a biomarker for Lewy body dementia, the most common form of dementia after Alzheimer’s disease.

For the first time since he joined Alzheimer’s research in 1983, Dr. Morris believes there now is a great opportunity to develop effective therapies, including drugs currently under evaluation for treatment. He also recognizes an important recent advance in diagnosis.

2020 will be remembered not only for the COVID-19 pandemic but also two key advances in Alzheimer’s disease. The first started in July 2020, when the pharmaceutical company Biogen submitted data for a drug to the Food and Drug Administration (FDA) to gain approval for its use for the treatment of Alzheimer’s disease. “This has been a long time coming,” says Dr. Morris. “We have had drugs approved by the FDA for the treatment of the symptoms of Alzheimer’s dementia, but nothing [before] to actually treat the disease process itself.”

The drug, aducanumab, is an antibody that targets amyloid beta. It’s a brain protein that, when misformed, supposedly causes the onset of the Alzheimer’s disease process. The drug looks for deposits of amyloid beta in the brain and remove them. While other drugs of the same class do the same thing, those drugs did not see any improvement in patients. Biogen believed their data showed aducanumab does benefit patients by slowing the progression of Alzheimer’s.

After extensive deliberation, the FDA approved aducanumab on June 7, 2021. It was the first new drug for the treatment of Alzheimer’s disease in two decades.  It is important to recognize, however, that the FDA’s approval was based on the drug’s ability to reduce the amount of amyloid plaques in the brains of people given the drug. Whether the plaque removal provides clinical benefit to patients remains uncertain.  Further studies with this drug and others like it hopefully will settle the question of whether anti-amyloid therapies alone can benefit people with Alzheimer dementia.

Before people can have access to aducanumab, they will need a firm diagnosis of Alzheimer dementia. They’ll also need confirmation that they have amyloid plaques in the brain. Both of these criteria present several challenges. To start, many cases of Alzheimer’s go undiagnosed because doctors don’t recognize or diagnose it. Confirming amyloid plaques in the brain currently requires a PET scan or an analysis of cerebrospinal fluid, obtained by a spinal tap. But not all patients have access to such sophisticated and costly PET imaging or are willing to have a spinal tap.

Once someone gets approval for the drug, they would receive it monthly as an intravenous infusion. But presently infusion centers do not have the capacity to add large numbers of Alzheimer dementia patients. Patients would also need regular MRI scans to monitor for any brain swelling, the most common side effect for aducanumab, which occurred in approximately a third of people studied. Additionally, the studies included in Biogen’s data looked at people with very mild Alzheimer dementia. So those with more progressed dementia are ineligible because it isn’t known how the drug would work for these cases.

Despite these challenges, there is still reason to be hopeful. Drugs other than aducanumab are currently under development and study and show similar promise. “I think we are on the cusp of finding…drugs that really do remove the brain pathology of the amyloid plaque and the hope is that they thus will truly benefit patients,” although this remains to be established, says Dr. Morris.

A Blood Test for Diagnosis

Previously, doctors could only gain this information through amyloid PET scans or by cerebrospinal fluid analysis, which are typically only available in large academic medical centers. Moreover, such tests are costly, and Medicare doesn’t cover them. In contrast, a blood test is much more accessible to people.

The blood test was released for clinical use in November 2020. It received a Breakthrough Device designation by the FDA in October 2021. “This is another potential game-changer,” says Dr. Morris. “If you’re concerned that you might have Alzheimer’s disease dementia, now a blood test is available, and it will, I think, really advance the ability to make an accurate diagnosis.”

The test is currently marketed for people with symptoms of dementia to provide support for an Alzheimer’s diagnosis. Dr. Morris said doctors can order the test. But because it has not received FDA approval, neither insurance nor Medicare will cover it. So the patient will have to pay an out-of-pocket fee. He is hopeful that, with time, the test will prove its value, leading third-party payers to cover the test.

Many different diseases have a link with dementia, which further underscores the importance of making an accurate diagnosis. “As a whole, with new means for diagnosis and… [the] possibility of a disease-modifying drug therapy, the field is poised for truly meaningful changes in diagnosing and treating Alzheimer’s disease,” says Dr. Morris.

The Impact of New Breakthroughs and What the Future Holds

Alzheimer’s disease is age-associated, which means the longer we live, the more risk we have of developing Alzheimer’s disease dementia. As the populations of many countries around the world keep getting older, Alzheimer’s is affecting more people. It’s an important disease to study due to its impact on so many populations, and its interconnections with other brain diseases.

Dr. Morris spoke to the overlap between people with Alzheimer’s and those with Parkinson’s. Some people with one disease may develop symptoms of the other, making an accurate diagnosis even more complex. But this also means that as research brings us new ways to prevent, diagnose, and treat Alzheimer’s, these breakthroughs will also have an impact on other brain diseases and types of dementia.

Dementia results after two decades or more of brain plaques developing and causing other  brain processes that damage brain cells. Once brain cells are dead, brain function is compromised and dementia symptoms appear. “[Prevention] is a very important area for Alzheimer’s research,” says Dr. Morris. “[To] give an analogy from our colleagues in cardiovascular medicine…. they would much prefer to prevent coronary artery disease rather than initiate therapy only after a heart attack occurs… And it’s the same with the brain. Let’s try to treat the Alzheimer’s disease process before substantial brain damage occurs and dementia appears.  Prevention therapy aims to delay the onset of dementia or even prevent it entirely.” He considers the possibility that in the future, we will have a treatment we can start as amyloid plaques start to build, prior to substantial brain damage.

We don’t yet know whether or how certain lifestyle practices might reduce the risk for Alzheimer’s disease, especially in light of potential genetic or environmental factors. In the meantime, Dr. Morris advocates a heart-healthy diet and staying mentally, physically, and socially engaged, as these lifestyle behaviors are beneficial for a person’s overall health.

While he is hopeful for the current drugs being studied for treatment, Dr. Morris knows the drugs are only treating one of those brain processes, the amyloid process. They do not address the abnormal tau protein, inflammation, or free radicals that come with oxidative stress. “I ultimately think once the disease causes dementia, we might have to think of combination therapies,” says Dr. Morris. “This is, again, not unique to Alzheimer’s disease. That’s what happens in cancer all the time, chemotherapies of different drugs attacking different targets in the cancer-producing illness.”

He thinks people with Alzheimer’s dementia may benefit from a combination of drugs that will help stop the dementia process once it has started. However, research on combination therapies is in its infancy. “Treating Alzheimer’s disease dementia effectively continues to present enormous challenges,” says Dr. Morris. “I would love to be wrong, but it may be many years before we can truly benefit patients with Alzheimer dementia. I am more optimistic about the potential for treatment strategies to prevent dementia, but these also will require many years before we know whether they are successful.  Nonetheless, the two major advances in 2020 provide major hope that we one day will have truly effective therapies to treat Alzheimer’s disease.”

There are still questions to answer and challenges to overcome. But these research breakthroughs offer great hope for the present and for the future. The American Brain Foundation continues to support research to improve the prevention, diagnosis, and treatment of Alzheimer’s disease. Through events like this webinar, we provide information to educate and encourage people with brain disease and their loved ones, generating a wider base of support for research and new discoveries.