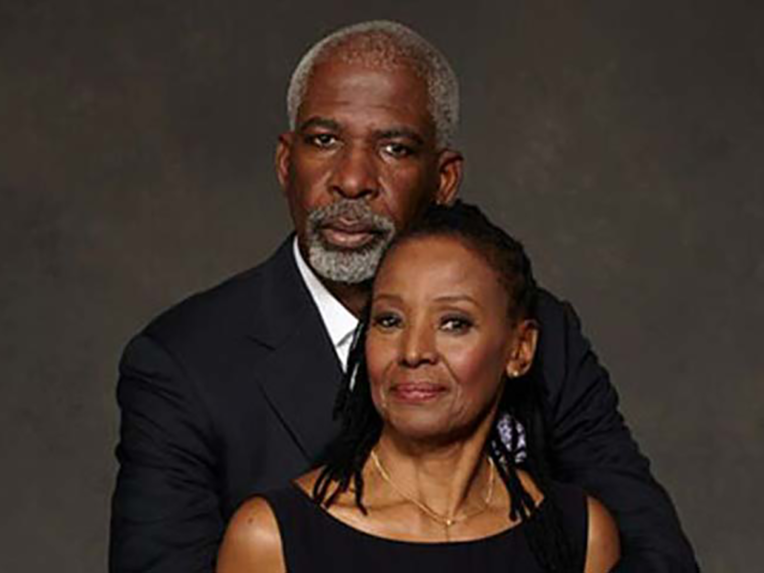 Smith is a nationally recognized celebrity chef, restaurateur, supermodel, and lifestyle maven, who was diagnosed with early-onset Alzheimer’s in 2013. Gasby recently joined the American Brain Foundation Board of Directors to help the Foundation make curing brain disease a high profile, public cause.

The couple will receive the PLINA award during the Foundation’s Commitment to Cures dinner on Wednesday, April 26, 2017 at the Westin Boston Waterfront. The event begins at 7 pm EST.

The Public Leadership in Neurology Award honors an individual or group outside of the medical profession. Honorees are recognized for advancing public understanding and awareness of neurologic disease, being effective advocates for neuroscience research and making significant contributions to improve patient care.

“B. Smith and Dan Gasby embody all the principles and values of the Public Leadership in Neurology Award,” said Kevin Goodno, Board Chair of the American Brain Foundation, a national charity whose mission is to bring researchers and donors together to defeat brain disease. “We are grateful to have them working so hard for such a critical cause.”

The pair has been tirelessly advocating for Alzheimer’s patients and caregivers since Smith received her diagnosis, crisscrossing the country, making more than two dozen appearances at Alzheimer’s-related events. They co-authored the book Before I Forget: Love, Hope, and Acceptance in our Fight Against Alzheimer’s, released by Random House in January 2016.

In their book, which includes a forward by Rudolph Tanzi, PhD, of Harvard University and 1996 recipient of the Potamkin Prize for Research in Pick’s, Alzheimer’s, and Related Diseases, Smith and Gasby share their compelling personal journey with Alzheimer’s disease and make a strong case for research funding. They detail the particularly devastating impact of the disease on African Americans, who are twice as likely as non-Hispanic whites to develop late onset Alzheimer’s and less likely to have a diagnosis of their condition, which often results in less time for treatment and planning.

“We’re honored to receive the PLINA Award,” Gasby said. “Brain Health is the greatest 21st Century civil rights issue and we must admit now that we need more funding, more awareness and more compassion for the more than 50 million Americans afflicted with brain diseases.”

For tickets to the Commitment to Cures event and more about, visit the American Brain Foundation website at americanbrainfoundation.org.

ATTENTION EDITORS AND REPORTERS: Dan Gasby IS AVAILABLE FOR INTERVIEWS in advance of the event. Please contact Robb Leer at robbl@leercommunication.com or 612-701-0608 to schedule an interview.