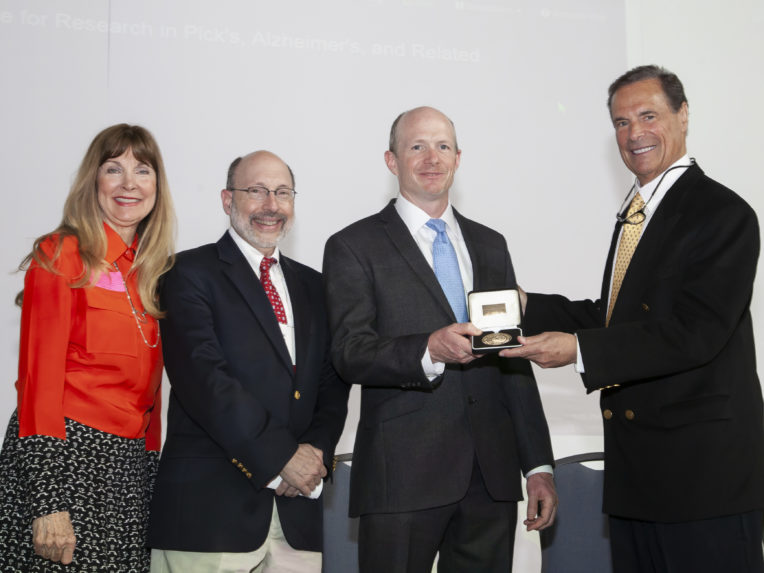 Bateman, who was a 2004 recipient of the AAN Clinical Research Training Fellowship, is receiving the award for his research in Alzheimer’s disease. His contributions to understanding the disease include developing a new method to determine how effectively amyloid beta is cleared from the brain. Amyloid beta is a sticky protein that can accumulate and turn into amyloid plaques in the brain, leading to dementia. Bateman found the process of clearing it from the brain is impaired in people with Alzheimer’s disease. He is also leading studies of people with an inherited form of the disease and has shown a relationship between brain lesion development and symptom development 15 to 20 years later.

“A simple blood test could someday enable testing for Alzheimer’s disease for the world’s population,” said Bateman. “When effective treatments and preventions are developed, it will have enormous impacts on the lives of families, medical systems and society as a whole.”

When asked about receiving the Potamkin Prize, Bateman said, “I am honored and humbled to join the elite group of Potamkin Prize winners and I hope our work inspires other researchers as they strive to make big impacts in dementia research.”

Learn more about dementia at BrainandLife.org, home of the American Academy of Neurology’s free patient and caregiver magazine focused on the intersection of neurologic disease and brain health. Follow Brain & Life® on Facebook, Twitter and Instagram.