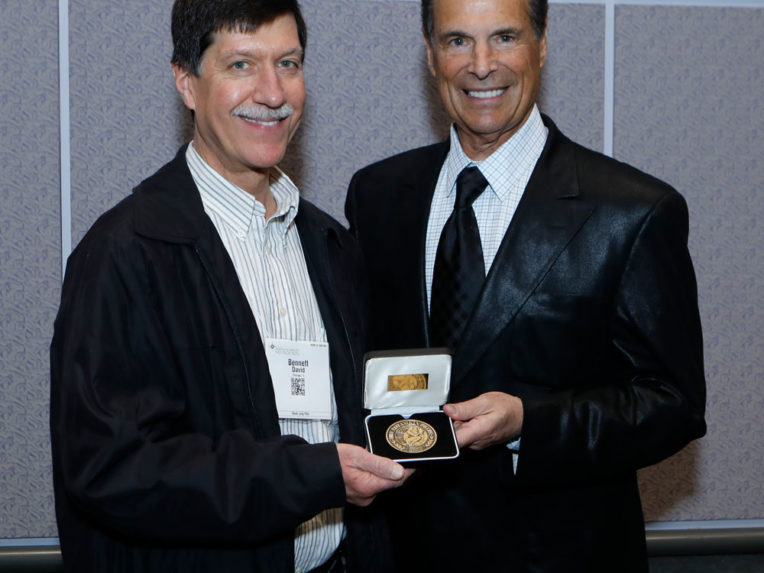 Bennett will be recognized for his research on memory loss. Over the past 25 years, Bennett and his team at the Rush Alzheimer’s Disease Center have enrolled nearly 3,500 older people into the Religious Orders Study, a study on memory loss in nuns and priests from across the USA, or the Rush Memory and Aging Project, a similar study of lay persons in northeastern Illinois. Both studies are funded by the National Institutes of Health. Participants do not have dementia when enrolled but some have developed it over time. Every person in these studies is a brain donor and so far, the brains of over 1,500 participants have been donated for further research by Bennett and his team.

“We have measured many things in the brain that we can relate to memory loss over time prior to death and are now using this information to identify new approaches to the treatment and prevention of Alzheimer’s disease and several other causes of dementia,” said Bennett. “We are very interested in finding potential therapeutic targets and are looking closely at resilience — brain characteristics that allow one person’s brain to be more resilient to developing dementia than another person’s brain.”

Bennett said the data and biospecimens from these studies are shared with researchers around the world to advance the development of therapy to treat and prevent memory loss and dementia.

“Identifying better therapies is among the most urgent public health priorities of this century,” he said. “I am very honored to be receiving this award and am indebted to the Potamkin family for their generous support for this award. I thank the Potamkin committee for this honor.”

Learn more about dementia and related diseases at www.aan.com/patients.