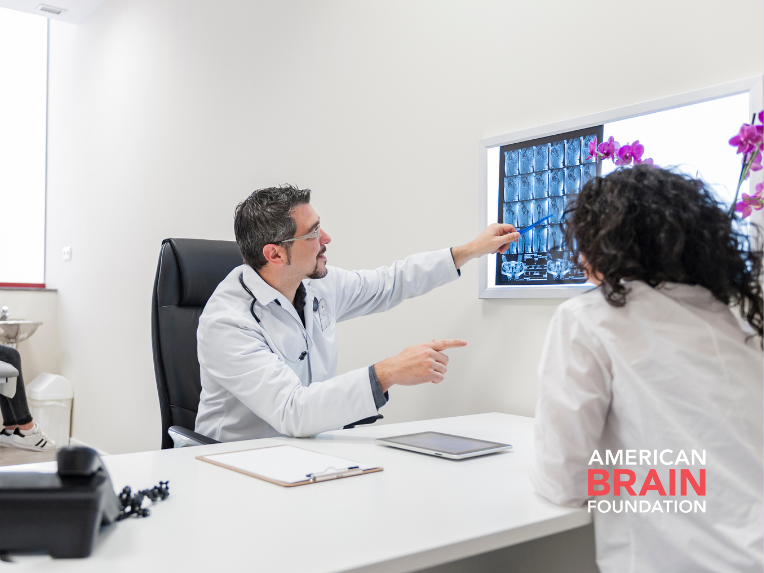 In this month’s news round-up, we discuss new ways to predict outcomes after traumatic brain injury and exercises that can help people with neurologic disorders. We also cover innovative new AI technology that will help doctors efficiently diagnose Alzheimer’s disease and research into the impact of iron buildup in the brain.

Researchers have discovered a promising new way to more accurately assess an individual’s prognosis following traumatic brain injury (TBI). A recent study found that specific biomarkers can accurately predict someone’s risk of severe disability or death six months after TBI. Measuring biomarkers in the blood on the day of a TBI gives a more accurate prognosis than doctors were able to offer before.

In a study funded by the National Institutes of Health, researchers looked at two specific proteins in the brain (GFAP and UCH-L1) in nearly 1,700 people with TBI. Biomarkers of these proteins were evaluated on the day of the injury and then again six months later. The study found that high levels of GFAP and UCH-L1 measured on the day of TBI were strong predictors of severe disability or death within the following six months.

While measuring GFAP and UCH-1 is currently used to aid in detecting TBI, this new study suggests that measuring these proteins will also improve the accuracy of prognosis methods. Researchers found the predictive value of these biomarkers was strongest for people with moderate to severe TBI. More studies are needed to reproduce these results, but the current findings are an encouraging step toward helping those impacted by TBI plan for recovery.

Many people worry about having low iron levels, but for some, too much iron is a major concern. Caused by a gene mutation, hereditary hemochromatosis is a disorder in which the body absorbs excess iron, resulting in tissue damage and conditions like diabetes, liver disease, and heart problems. Doctors previously believed that the blood-brain barrier protected the brain from iron accumulation, but a recent study shows otherwise. The study found that people with two copies of the hereditary hemochromatosis gene mutation have substantial iron buildup in the brain. This buildup was found in regions of the brain responsible for movement, suggesting that this gene mutation could be a risk factor for developing a movement disorder such as Parkinson’s disease.

The study’s authors hope their work will bring more awareness to this condition so high-risk individuals can get screened for early detection. There are currently safe and approved treatments that can reduce excess iron and potentially prevent health issues associated with the disorder.

Many people experience problems with balance as they age, but those issues are compounded for people living with neurologic diseases. Fortunately, doctors have found that targeted exercise can improve balance problems, reduce falls and improve quality of life.

Balance involves three different sensory systems. Proprioception is the body’s ability to sense movement, action, and location. The vestibular system, located in the inner ear, provides the brain with information about motion. Lastly, vision helps anticipate obstacles and where to place our feet. Maintaining balance requires gathering input from all three sensory systems, which can be an issue for people with neurologic diseases. For example, people with Alzheimer’s disease are often unsteady, people with Parkinson’s disease can have trouble controlling reflexes related to posture, and people with multiple sclerosis may lose feeling in their feet.

People with trouble balancing are more likely to fall and tend to be less social and more sedentary—all of which pose a health risk and affect quality of life. To counteract these negative effects of different brain diseases, researchers suggest regular exercise that targets balance, flexibility, and strength. Many experts suggest a stability ball as a particularly effective and affordable tool for improving balance because it engages all three sensory systems at once. The safest way to get started is to work with a physical therapist or personal trainer specializing in exercise regimens for people with neurologic challenges.

Stay updated on the latest news from the American Brain Foundation by following us on Twitter and Facebook. You can help us create a future without brain disease. Donate today to make a difference.