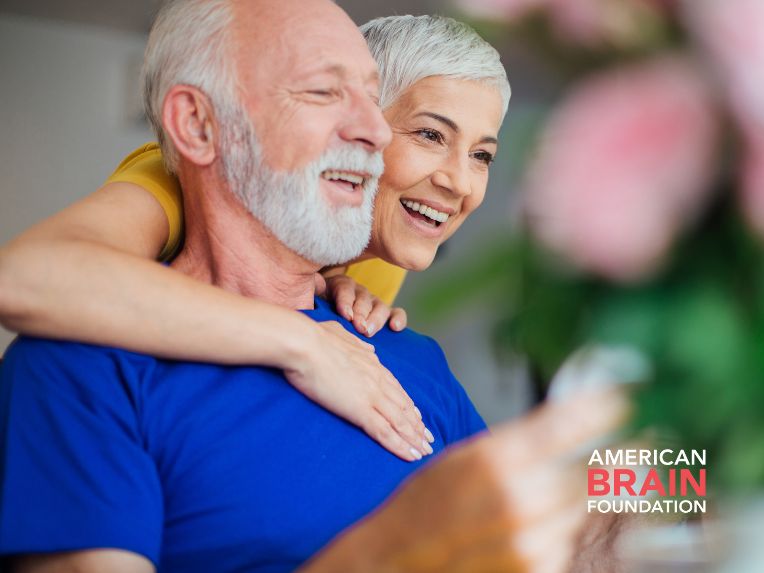 In this month’s news round-up, we learn about a brain cell that may be the key to effective Huntington’s disease treatments and a new device that can detect Alzheimer’s disease earlier than ever before. We also look at innovative methods for improving memory function in people with memory loss and how studying circadian rhythms may unlock future therapies for traumatic brain injury.

Exciting new research is expanding our understanding of how Huntington’s disease affects the brain, paving the way for future therapies. Huntington’s disease is a fatal genetic disorder that causes the death of a specific type of motor neuron over time, resulting in symptoms such as coordination issues, involuntary movements, cognitive decline, and psychosis. While neuron loss has long been considered the underlying mechanism of Huntington’s disease, new research suggests that defects in glia (vital support cells in the brain) are another key component.

A recent study from the lab of neurologist Steve Goldman, MD, PhD, at the University of Rochester Medical Center (URMC) shows that two types of glia found in the brain may trigger much of the pathology seen in Huntington’s disease. Dr. Goldman explains, “While the loss of neurons gives rise to the symptoms and the ultimate fatal nature of the disease, reversing glial dysfunction may give us an opportunity to intervene early in the course of the disease, keeping neurons healthy for longer and slowing disease progression.” Researchers are hopeful that “fixing” or replacing defective glia cells will be an effective therapy for Huntington’s disease in the near future.

It usually takes months after symptoms start to get a definitive Alzheimer’s disease diagnosis—but the latest scientific advancements will soon change that. A research team in Bochum, Germany discovered that Alzheimer’s disease can be detected in the blood up to 17 years before outward symptoms begin to show. This is just one of a number of recent breakthroughs in the early diagnosis and treatment of Alzheimer’s disease, including a June study that showed a single brain scan could detect earlier stages of the disease.

The research team at the Centre for Protein Diagnostics (PRODI) at Ruhr-Universität Bochum used an immuno-infrared sensor to detect a biomarker (a biological indicator) that signifies the misfolding of a protein called amyloid-beta. That misfolding results in deposits in the brain called plaques, which destroy brain cells and cause irreversible damage. Researchers want to use this immuno-infrared sensor to catch the onset of Alzheimer’s disease early and start treatment before toxic plaques can form in the brain. While the sensor is still under development, researchers are working hard to refine it and get it approved as a diagnostic device as soon as possible.

A Memory Prosthesis Could Restore Memory in People With Damaged Brains

A new form of brain stimulation appears to improve memory function by mimicking how our brains encode information. The process, called “memory prosthesis,” involves inserting an electrode in the brain’s hippocampus, a region that plays a crucial role in memory. Researchers first used the implanted electrodes to better understand the electrical patterns that occur when memories are encoded. They then used the electrodes to create similar patterns of activity to stimulate the brain.

Neuroscientist Rob Hampson and his fellow researchers at Wake Forest University School of Medicine in North Carolina tested two versions of memory prosthesis on volunteers. Each volunteer went through short- and long-term memory testing using each version of the memory prosthesis. The team found that memory prosthesis significantly improved volunteers’ performances by 11% to 54%, indicating that this process could be used to help improve memory function. Interestingly, the most significant improvements came from those with the worst memory performance at the experiment’s start. The study also found that the two versions of memory prosthesis had different effects on volunteers, suggesting that customizing the types and patterns of stimulation for each individual may improve results.

While much more testing is needed, this new research is a promising start for treating memory loss in people with brain injuries and perhaps even people living with neurodegenerative diseases. Want to learn more about how this technology offers hope for people with brain disease? Check out our recent webinar on deep brain stimulation.

Traumatic brain injury (TBI) affects an estimated 69 million people each year worldwide. Injuries range from mild concussions to more severe trauma that can cause permanent disability or death. These injuries are currently treated with rehabilitation and supportive care rather than targeted drug therapies, but that could change with new research from Children’s National Hospital.

Many of the body’s cells follow a 24-hour cycle of natural fluctuations known as circadian rhythms. Researchers at Children’s National Hospital have learned that a more recently discovered type of brain cell (called NG2-glia) is also regulated by circadian rhythms. This process helps NG2-glia renew itself—it’s actually one of the few types of cells that continuously self-renew through adulthood. Researchers noted that NG2-glia is abundant in the first week following a brain injury. This discovery provides essential insights into how the body’s internal clock promotes recovery after TBI. Terry Dean, MD, PhD, critical care specialist at Children’s National and the lead author of the study, says, “This will serve as a starting point to further investigate the pathways to controlling cellular regeneration and optimize recovery after injury.”

Stay up-to-date on the latest news from the American Brain Foundation by following us on Twitter and Facebook. With your help, we can create a future without brain disease—donate today to make a difference.