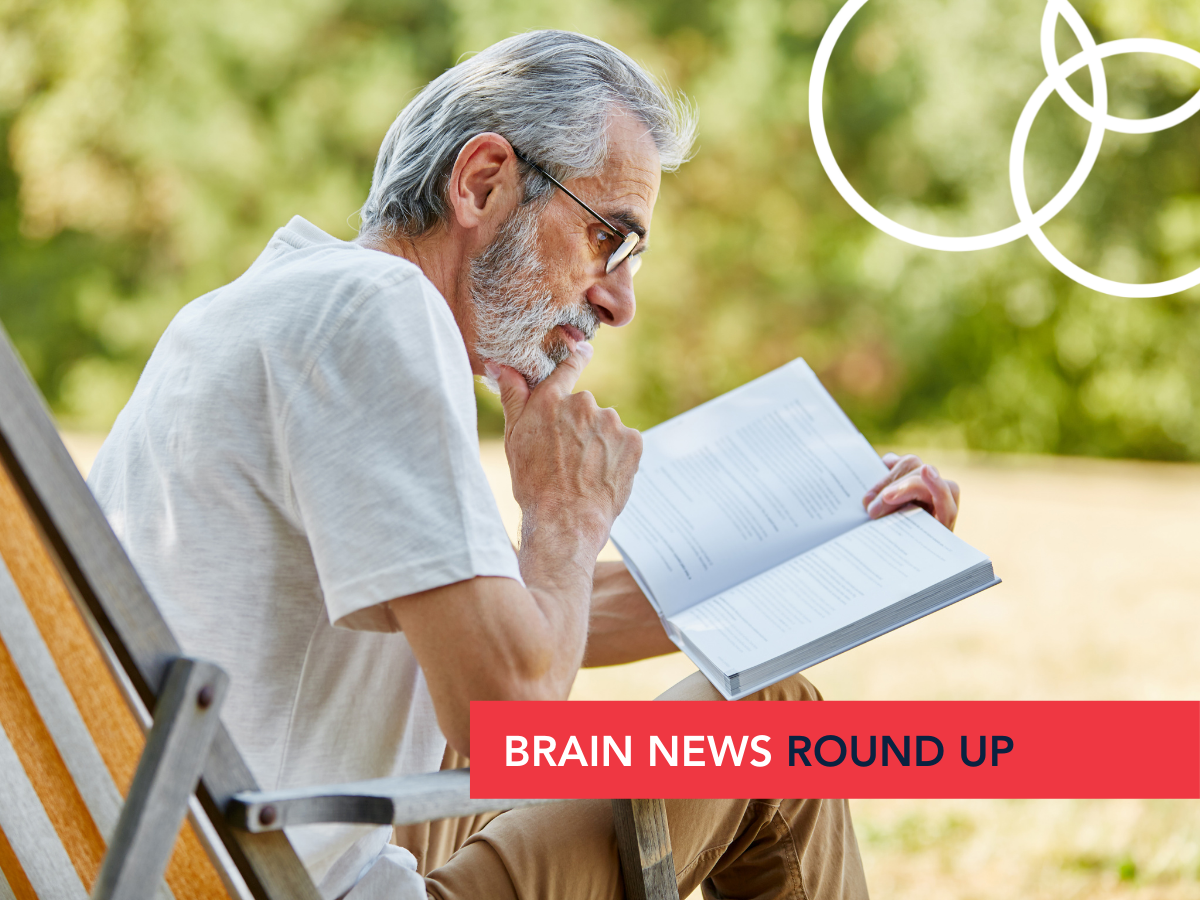 Recent brain disease research has uncovered a potentially groundbreaking link between multiple neurodegenerative diseases. Plus, learn how insights into memory formation and antibodies may lead to more effective treatment options for people with brain disease.

In this month’s news round up, we cover the latest research in the fight against Parkinson’s and new treatment options for those suffering from myasthenia gravis. Learn about an exciting new study that found a common link across multiple neurodegenerative disorders, opening up new understandings of disease formation and progression. We also dive into discoveries about how memories form and how this research may help scientists better understand neurodegenerative diseases.

A groundbreaking study found that a protein involved in cleaning brain cells may be responsible for the fibrils commonly found in the brains of people with neurodegenerative diseases like Alzheimer’s and progressive supranuclear palsy (PSP). Researchers discovered that the TMEM106B protein sometimes splits into fragments that then reassemble into fibrils. These are small clumps of protein fragments often tied to various brain diseases. The researchers expressed surprise to find this protein fibril in the brain tissue of 11 patients who had passed away from three different neurodegenerative diseases.

Researchers think that the breakdown of the TMEM106B protein impedes the function of lysosomes. This in turn causes fibrils to form from other known fibril-forming proteins. This alone is not enough to conclude that these protein fibrils cause brain disease. However, the prevalence of fibrils in the brains of people affected by neurodegenerative diseases suggests that they play a significant role. Understanding the mechanisms through which fibrils form will lead to a better understanding of what causes these diseases. Discovering how to prevent TMEM106B from breaking down may also lead to new treatment methods for other brain diseases. Learn more about this study here.

A new study has given researchers insights into how the brain creates, stores, and accesses memories. Researchers accomplished this by identifying two kinds of brain cells responsible for memory formation. They discovered that these cells—called boundary cells and event cells—play different roles in the creation and organization of specific memories. To better understand how boundary and event cells affect memory formation, researchers monitored study participants’ brain activity while viewing film clips involving different types of transitions between scenes. Researchers found that these two types of cells reacted differently depending on whether the clip involved “soft boundaries” (transitions between multiple scenes in the same story) or “hard boundaries” (transitions from one story to a completely different one).

This research helps scientists better understand the brain functions responsible for forming and storing memories. It also sheds light on the processes involved in memory recall. These processes are often disrupted in people with neurodegenerative disease. So this research may aid in the development of new therapies for memory disorders such as Alzheimer’s disease. Read on to learn more about how these findings may help those with memory disorders.

New research has discovered how to influence a gene involved in Parkinson’s disease using nanobodies from llamas. Scientists think that mutations or overactivation of the LRRK2 gene may be responsible for inherited and other forms of Parkinson’s. A recent study found that nanobodies—small molecules like antibodies found in camels and llamas—can block or inhibit certain processes of the LRRK2 protein. This discovery allows for a more selective approach to modifying the behavior of LRRK2. Consequently, this could lead to more effective Parkinson’s treatments with fewer side effects.

To produce these nanobodies, the research team immunized llamas with LRRK2. Then they extracted different types of nanobodies from blood samples. This allowed them to test each nanobody to determine its effects on the LRRK2 protein. These nanobodies aren’t intended to be used directly in Parkinson’s treatment. But they can help researchers better understand how to modulate LRRK2 activity. This could be instrumental in developing drug therapies that work similarly. Read more about this study and how it can help those with Parkinson’s here.

Recent research has led to a wider variety of treatment options becoming available for people with myasthenia gravis. As a bonus, many come with fewer side effects. Myasthenia gravis causes a person’s immune system to disrupt communication between nerves and muscles throughout the body. In most cases, an antibody named immunoglobulin G blocks muscle receptors that receive acetylcholine, a neurotransmitter responsible for telling muscles when to contract.

In the past, myasthenia gravis was very difficult to treat, often requiring hospitalization. However, research in recent years has resulted in various treatment options that greatly improve the quality of life for people living with the disease. Corticosteroids and immunosuppressant drugs have shown promise in slowing or preventing the body’s production of the antibodies responsible for disrupting nerve-muscle communication. In December 2021, the US Food and Drug Administration approved a new intravenous infusion treatment for myasthenia gravis. This new treatment involves giving monoclonal antibodies through an IV infusion and has been found to cause fewer side effects than traditional steroids and immunosuppressants. Read more about this research here.