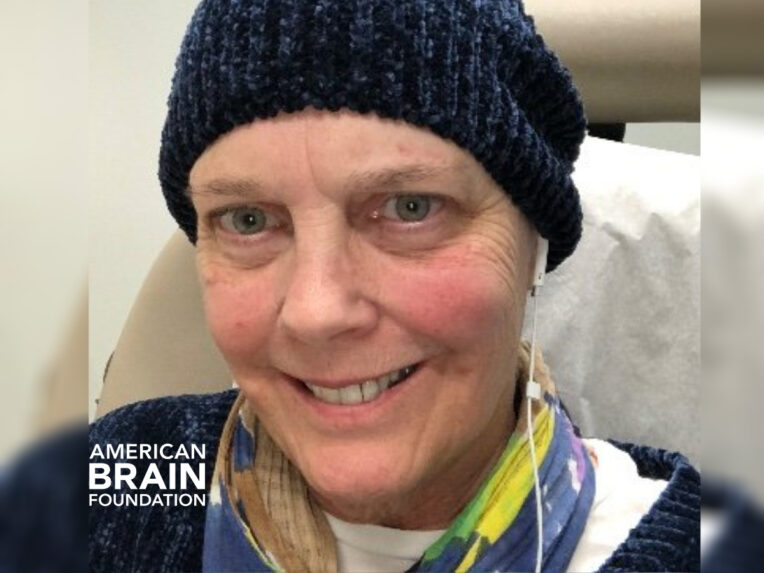 In 2008, Maureen Kessler started experiencing a confusing array of symptoms that began with mysterious pain all over her body. The pain, along with noticeable changes in her memory, impacted her ability to work and her relationships with family and friends.

In her search for relief, Maureen went from specialist to specialist for years as they treated seemingly random, disconnected symptoms from brain fog and headaches to hallucinations and high blood pressure. Her diagnoses were just as varied: fibromyalgia, hypertension and, finally, Parkinson’s disease.

While “Lewy body dementia” had been brought up during several doctor visits, Maureen’s neurologist was initially hesitant to diagnose her because the disease typically affects older people. It was only after she found out she had cancer seven years later and her doctor completed a full medical history that she received her diagnosis.

Lewy body dementia is the second most common form of dementia and affects more than 1 million people in the U.S. But the disease is not well understood and getting a diagnosis can be difficult. Many people aren’t diagnosed until after their deaths.

Read on as Maureen shares her journey to a diagnosis, how Lewy body dementia has affected her life, and why it’s important to raise awareness about this disease.

Affecting Every Part of Life

When her Lewy body dementia symptoms first began, Maureen was a passionate high school English teacher raising two kids and caring for her aging parents. The brain fog, memory loss and other symptoms made it harder and harder to teach. “It just seemed like I was losing control of something that I was very good at,” she says.

Once a passionate organizer, Maureen began entering the classroom with sticky notes on her hands to remember things she used to not even have to think about. She even found herself forgetting the names of characters in books she had taught for years. “The students were finishing my sentences,” she says.

At this time, Maureen received the chance to be a reading specialist for the high school and run a whole new reading program. Despite her excitement about the opportunity, she knew it wasn’t possible with her symptoms. “I said, ‘I can’t even teach. I can’t do this.’ I just couldn’t do it anymore, and I didn’t know what to do,” Maureen says.

The same year she retired from teaching and applied for disability, Maureen’s husband and father died, and a few years later, her mother died. At the time, her undiagnosed Lewy body dementia made those losses even more isolating. The years of unanswered questions and troubling symptoms strained Maureen’s other relationships with friends and family. “I’m pretty much totally isolated now,” she says.

A Long Road to a Diagnosis of Lewy Body Dementia

In addition to the initial pain, Maureen developed headaches and issues with her vision. “I started getting some weird lights in the side of my eyes, just a bunch of crazy things,” she says. Still, Maureen continued to put her children and other responsibilities first. “As other symptoms came along, I would try to fit my kids in before me,” she says.

Then one day in late 2009 when she was teaching, something felt wrong. She stopped by her doctor’s office on the way home from school. When they took her blood pressure, they told her, “You’re going right to the hospital. You’re off the charts.” Her list of symptoms expanded to include high blood pressure that was especially difficult to treat.

Maureen’s neurologist referred her to a sleep doctor, who diagnosed her with an REM sleep behavior disorder. She had been acting out her dreams. It was then that Maureen heard about Lewy body dementia for the first time. But the doctor assured her Lewy body dementia wasn’t the cause. “No, no, no, not you,” she remembers hearing. The sleep doctor told her she was too young. Instead, they believed she had Parkinson’s disease.

But Maureen’s symptoms got worse, and she kept developing new ones. She began to experience hallucinations and short-term memory loss.

Over the next six months, she underwent surgery, chemotherapy and radiation treatment to beat cancer. But unlike with Maureen’s cancer, there is no surgery or treatment to remove the Lewy bodies. “I’d take cancer again and again if Lewy would go away and let me have myself back,” she says, “I am a completely different person now.”

The Importance of Awareness

Maureen has never met anyone else with Lewy body dementia. She shares her story so that others might know what it’s like to live with this disease. “I felt that I just wanted to offer something to this community that I hadn’t been able to find really,” she says. “Also, I don’t want this all to be for nought.”

Maureen knows that her delayed diagnosis affected her treatment options and care. “With Lewy body dementia, the earlier you catch it, the more you can be aware and get tools to help you cope with living with this,” she says. “But now, I’m past that point.”

She sees parts of herself in what happened to actor Robin Williams. He was thought to have Parkinson’s disease and was only diagnosed with Lewy body dementia after his death. “This sounds so familiar,” she thought to herself as she watched Susan Schneider Williams speak about her late husband’s symptoms.

Susan Schneider Williams is now the Vice Chair of the American Brain Foundation and raises money for the disease through ABF’s Lewy Body Dementia Fund. The Fund supports innovative research projects searching for a biomarker to improve diagnosis and treatment.

Maureen understands the power of this research. “The more research, the more awareness and the more knowledge, the more quickly you get results,” she says.