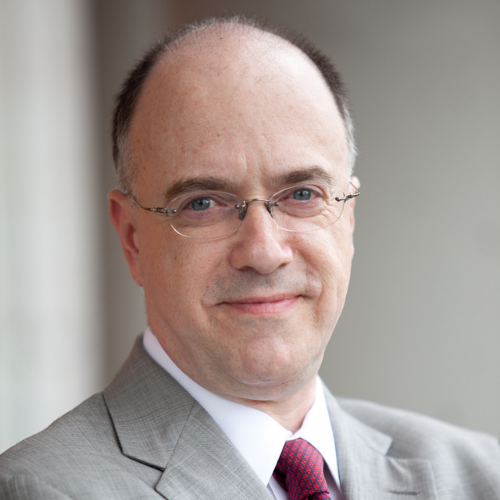 Mark F. Mehler, MD, is the Alpern Family Foundation Professor and University Chairman of The Saul R. Korey Department of Neurology, Director of the Institute for Brain Disorders and Neural Regeneration, Professor of Neurology, Neuroscience and Psychiatry and Behavioral Sciences, Chief of the Roslyn and Leslie Goldstein Laboratory of Stem Cell Biology and Regenerative and Epigenomic Medicine, and Director of the Tissue Engineering and Cellular Reprogramming Core Facility at the Albert Einstein College of Medicine as well as Neurologist-in-Chief of the Montefiore Healthcare System and the New York City Health and Hospital Corporation’s Jacobi Medical Center, the North Central Bronx Hospital and the North Bronx Healthcare Network. He is also a Senior Investigator at the Kennedy Center for Intellectual and Developmental Disabilities, the Einstein Cancer Center, the Gottesman Institute for Stem Cell Biology and Regenerative Medicine, the Center for Epigenomics, and the Center for Aging Research at Einstein.

Dr. Mehler is a graduate of Columbia College of Columbia University and the Albert Einstein College of Medicine with Special Distinction in Neurochemistry and election to Alpha Omega Alpha. He completed his internal medicine training at Beth Israel Hospital in Boston and was a Clinical Fellow in Medicine at Harvard Medical School. He completed his neurology training at the Albert Einstein College of Medicine. He garnered a 5-year NINDS Teacher-Investigator Development Award (now a K08) directly following residency training and immediately thereafter started his professional career as Assistant Professor of Neurology at the Albert Einstein College of Medicine. He rapidly rose in the ranks to become a tenured Professor of Neurology, Neuroscience and Psychiatry and Behavioral Sciences, and has been University Chairman of Neurology for the past 17 years.

Dr. Mehler’s research career has involved several innovative and paradigm-shifting initiatives in the areas of mammalian brain development, stem cell biology, non-canonical cytokine signaling, cell fate decisions, cell identity and neural network homeostasis and plasticity, nervous system stress responses, epigenetics and epigenomic medicine, tissue remodeling and cellular reprogramming, evolutionary neurology, and the developmental pathogenesis of neurodegenerative diseases. He has had a record of continuous NIH funding, including NIH EUREKA, Office of the Director, and additional innovator grants. He is the author of over 200 biomedical publications including a number in the most prestigious journals with wide impact in introducing several new fields of study. In this regard, he has chaired several influential Symposia at the Society for Neuroscience, the American Neurological Association, the American Academy of Neurology, and the International Neuropsychological Society in the areas of stem cell biology, epigenetics, brain developmental, developmental brain injury, neurodegenerative diseases and numerous newly-identified neurocognitive and neuroophthalmological syndromes. He has been Guest Editor for several biomedical journals on these topics, as well as a sought-after national and international Plenary Speaker in these areas as well as in the fields of intermediary metabolism, dimorphic neurology, neural plasticity and reprogramming, and the developmental antecedents of normal aging and longevity. Dr. Mehler has participated in numerous seminal biomedical taskforce initiatives at the NINDS, NIA, NICHD, Gordon Conferences and the NAM. He has served continuously as a Member and as Chair of numerous NIH CSR and Institute-specific Study Sections, including the R35 grant program and the Udall Parkinson’s Disease Centers. He has also served on numerous International Biomedical Study Sections. He has been a frequent reviewer, a reviewing editor and on the editorial boards of more than 120 biomedical journals, collectively, representing a broad range of disciplines as outlined above.

Dr. Mehler is the recipient of numerous awards and honors including the Irma T. Hirschl/Monique-Weill Caulier Career Scientist Award, the Dominick P. Purpura Distinguished Alumnus Award, two Physician-in-Chief Career Achievement Awards, the American Academy of Neurology (AAN) Presidential Lecture on “Epigenetics: A New Science of Brain and Behavior,” and the NIH EUREKA Award to name but a few. He has served on the Scientific Program Advisory Committee and on the Long-Range Planning Committee of the American Neurological Association, on the Science Committee and the Clinical Neuroscience Subcommittee and as Chair of the Translational Neuroscience Subcommittee and the Taskforce on NIH Multi-Institute Neuroscience Collaborations of the AAN, and on the Board of Directors of the Grossman Center of the University of Minnesota.