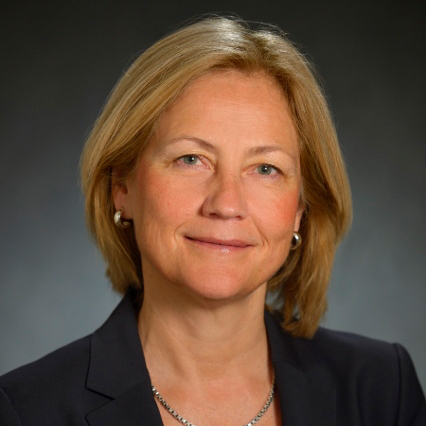 Dr. Jensen is Professor of Neurology and Chairman of Neurology at the Perelman School of Medicine, University of Pennsylvania, and Co-Director of Penn Translational Neuroscience Center. She was formerly Professor of Neurology, Harvard Medical School, Director of Translational Neuroscience and senior neurologist at Boston Children’s Hospital and Brigham and Women’s Hospital. She is a graduate of Cornell Medical College and obtained her neurology residency training at the Harvard Longwood Neurology Residency Program. Her research focuses on mechanisms of epilepsy and stroke, and the mechanistic interaction of epilepsy with other disorders such as autism and dementia, with specific emphasis on elucidating new therapies for clinical trials development. Dr. Jensen received the 2007 Director’s Pioneer Award from the NIH to explore the interaction between epileptogenesis and cognitive dysfunction, and was elected as a member of the National Academy of Medicine in 2015. Dr. Jensen was President of the American Epilepsy Society in 2012 and has served on a number of other leadership boards including the Council for the Society for Neuroscience and the Council at NICHD. She currently serves on the Board of the American Neurological Association, the scientific advisory panel at NIH for the BRAIN Initiative, and on a number of charitable foundations for neuroscience research. She has authored over 150 manuscripts on subjects related to her research and has been continuously funded by NIH since 1987. Dr. Jensen has trained numerous clinical and basic research fellows who now hold independent faculty positions nationally and internationally. Dr. Jensen is a Trustee of the Franklin Institute in Philadelphia and is involved in community outreach for brain research and education. In addition, Dr. Jensen is an advocate for awareness of the adolescent brain development, its unique strengths and vulnerabilities, as well as their impact on medical, social, and educational issues unique to teenagers and young adults, and author of the book “The Teenage Brain”, released by Harper Collins in 2015/16, translated and published in over 25 languages worldwide.