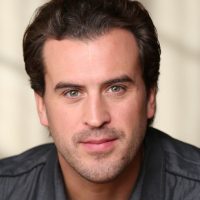 Ben Utecht played the tight end for the Indianapolis Colts and Cincinnati Bengals. After suffering multiple concussions, Utecht left pro-football to become a national speaker, author, and advocate for brain health. Utecht has made it his mission to spread education and awareness around the impact concussions can have on young lives. Utecht’s work has resulted in the Ambassador Award, presented by the Minnesota Brain Injury Alliance. He has also acted as the national spokesperson on concussion for the American Academy of Neurology. He received the 2014 Public Leadership in Neurology Award from the American Brain Foundation, which is the organization’s most prestigious honor.

Utecht has found success in many ways, including sitting on the board of the American Brain Foundation, authoring Counting the Days While My Mind Slips Away with Simon and Schuster, becoming an elite Fortune 500 speaker on building Championship Culture, and releasing award-nominated albums as a professional singer.