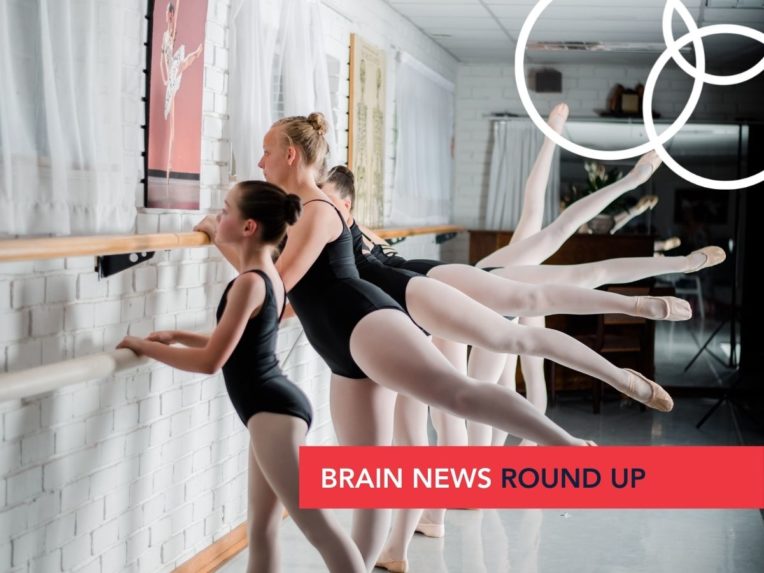 New research identifies a link between air pollution and brain disease. Also, a first-of-its-kind study has mapped how the brain changes throughout a person’s life.

In this month’s news roundup, we’re excited to share four recent studies, including one that shows how brain function is impacted by age, disease progression, and environmental factors. We also review how the brain triggers movement, and the link between Alzheimer’s and sleep. Finally, we discuss an exciting new project mapping how the brain changes over time. These groundbreaking studies lay the framework for developing new treatments and better methods for early brain disease diagnosis.

Air pollution has been linked to several brain diseases and disorders. These include Alzheimer’s disease, Parkinson’s disease, and stroke. Studies show people who live in areas with high levels of air pollution are more likely to develop these conditions. Air pollution can include car exhaust, factory emissions, and dust. Studies have also found that living close to a highway may increase the risk of stroke and dementia. Air pollution can also cause inflammation and damage to brain cells.

It’s difficult for researchers to identify the exact mechanism through which pollution contributes to brain disease. Vladimir Hachinski, MD, DSc, FAAN, is a neuroscientist and researcher at Western University in Ontario and recipient of the American Brain Foundation’s 2022 Potamkin Prize for Research in Pick’s, Alzheimer’s, and Related Diseases. Dr. Hachinski says one theory is that long-term inflammation caused by air pollution can damage blood vessels. As a result, this can increase the risk of stroke. The World Health Organization links air pollution complications to 4.2 million deaths globally. Learn more about the effects of air pollution on the brain here.

A new study has discovered how the brain processes cues for different types of movement. Researchers hope these discoveries will lead to new treatments and therapies for people suffering from motor disorders like Parkinson’s. While observing activity in the brain’s motor cortex, researchers found that planning or thinking about moving results in different signal patterns than those that occur during actual movement. For example, the brain reacts differently when waiting for a red light to turn green than it does when pressing the gas pedal to move forward.

Neurons in the brain have specific patterns and timing when it comes to movement. Dr. Hidehiko Inagaki, one of the study’s lead researchers, compares these patterns to an orchestra in which many different instruments must come together in a coordinated way to create a piece of music. “Similarly, neurons in the brain are active with diverse patterns and timing,” says Dr. Inagaki. “The ensemble of neuronal activities mediates specific aspects of our behavior.” Scientists have now found the neural circuit that triggers movement in response to a cue. This neural circuit is like the conductor of an orchestra. It signals the brain to put various patterns of planned activity into motion.

This discovery is key to developing a deeper understanding of how the complex neural activity in the brain controls physical behavior. Now that scientists know the trigger for movement, they hope to develop new therapies for brain diseases like Parkinson’s. Learn more about this groundbreaking study here.

Dr. Lea Grinberg is a professor of neurology at the University of California San Francisco and one of the study’s authors. She explained how a loss of wake-promoting neurons causes drowsiness in people with Alzheimer’s: “Our brain has a network of neurons tasked to keep us alert and awake. It is called the ascending arousal system… Early loss of these neurons in Alzheimer’s disease affects individuals’ capacity to stay 100% alert and awake, regardless if they slept well the night before.”

One of the study’s most interesting findings was that progressive supranuclear palsy (PSP) does not seem to damage these same wake-promoting neurons, despite involving the same buildup of tau proteins. Understanding how this protein buildup affects people with Alzheimer’s and PSP differently will help researchers develop more effective ways to improve sleep quality for both conditions. Learn how this discovery may help people with Alzheimer’s and PSP here.

A groundbreaking study has developed a map of typical brain growth and development over the course of one’s lifetime. This study is the first of its kind and will be a powerful reference point for many future studies. Using MRI scans from more than 100,000 people, researchers were able to chart factors like brain size over time and other developmental patterns. Having a reference for what standard brain development looks like at different ages may help researchers better predict the onset of brain disease and other neurologic conditions.

For example, one important finding showed the average thickness of the cortex, the brain’s outer region, peaked at 1.7 years old. Thinning of the cortex has been linked to Alzheimer’s and other brain diseases. This link shows early brain development may be a factor in developing brain disease later in life. Learn more about this groundbreaking study and its impact on brain disease research here.

Stay updated on the latest news in brain disease research by following us on Twitter and Facebook. Finding a cure for one brain disease will lead to cures for many others. Donate today to make a difference. With your help, a future without brain disease is possible.