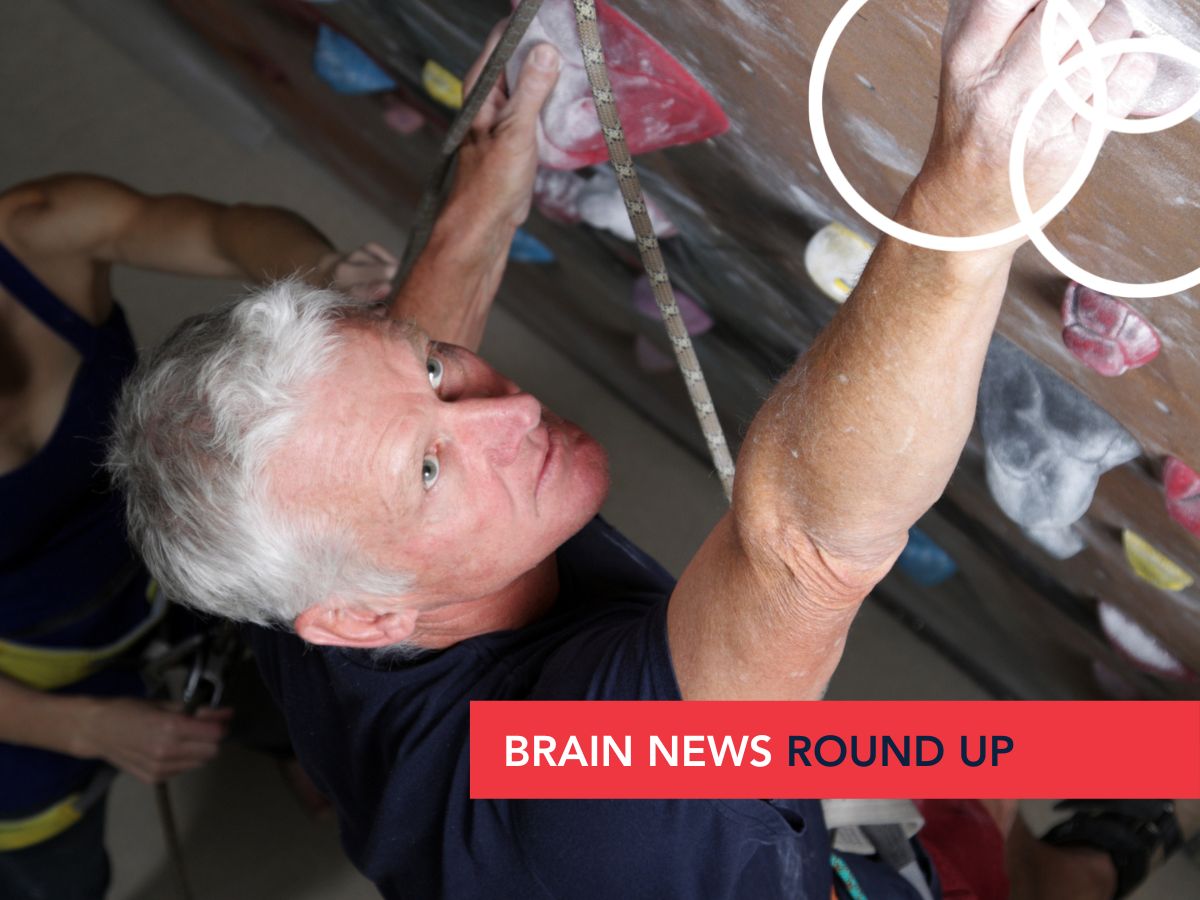 In this month’s roundup, learn about how research is helping scientists develop new approaches to treating devastating brain diseases like Parkinson’s and glioblastoma multiforme. Plus, learn how rock climbing is proving to be an unexpectedly successful therapy for people with Parkinson’s and other movement disorders and how the latest discoveries about how brain cells communicate may impact future brain disease treatments.

Benefits of Rock Climbing for People With Parkinson’s Disease

Rock climbing has emerged as an unexpected but effective form of therapy for people diagnosed with Parkinson’s disease and other neurologic disorders, including cerebral palsy and multiple sclerosis. A study of 48 people with Parkinson’s disease who had never climbed before found that symptoms like stiffness, slow or hindered movement, and tremors improved over the course of a 12-week rock climbing program.

Drew Falconer, MD, director of the Inova Parkinson’s and Movement Disorders Center in Fairfax, VA, says rock climbing works as an unexpected but successful therapy due to the focus it places on coordination, strength, and fine motor skills. “The systems that keep a lot of people with Parkinson’s from moving in a fluid, effortless way are the same ones we retrain when we have to climb a wall,” says Dr. Falconer. This study offers hope that future movement-based therapies may be able to retrain and rebuild these symptoms and potentially reverse some effects of Parkinson’s disease and other neurologic conditions. Read more about rock climbing and its therapeutic effects here.

New research has taken scientists one step closer to identifying the cause of Parkinson’s disease. For years, studies have shown that Parkinson’s is associated with a dying-off of dopamine-producing neurons found in the substantia nigra (a brain region that is linked to motor control and executive functioning). Recently, a study conducted by researchers from the Broad Institute of MIT and Harvard identified the specific neuron that is linked to Parkinson’s symptoms. This neuron is 1 of 10 dopamine-making neurons found in the substantia nigra, offering researchers a much more specific path for future investigations into disease formation and progression. Knowing specifically which neuron is tied to the emergence of Parkinson’s symptoms could lead to the development of new treatments that attempt to more precisely target or even replace the affected brain cells. Read more about the link between Parkinson’s and dopamine cells here.

For decades, the survival rate for glioblastoma multiforme has remained at around 5 percent over a 5-year period. But now a 7-year research project is offering a glimmer of hope through a process known as “Hox gene dysregulation.” Researchers found a short chain of amino acids that is effective at targeting and stopping the growth of Hox genes. Hox genes are responsible for the healthy growth of brain tissue, but usually this growth stops while still in utero. When these genes are inappropriately reactivated, additional growth can lead to life-threatening glioblastoma tumors forming in brain tissue. This research could prove crucial in slowing that rapid growth and offer promising new opportunities for treating this aggressive brain cancer. Learn more about how this research could lead to new treatments for glioblastoma multiforme here.

Astrocytes serve a variety of roles in the brain, including supporting the growth and functioning of neurons (the primary cells of the brain and nervous system). Recently, researchers at Tufts University in Massachusetts found that astrocytes also carry electrical impulses that allow them to “talk” with neurons. This discovery that astrocytes and neurons exchange electrical impulses gives scientists new insights into brain functions like speech and memory and could lead to a deeper understanding of dementia, seizures, and other symptoms of common brain diseases. Researchers hope that these findings may aid in the development of new and more effective treatments for traumatic brain injury, Alzheimer’s disease, and other brain disorders. Read about the study’s complete findings here.

Stay updated on the latest news from the American Brain Foundation by following us on Twitter and Facebook. Find more resources and information on research grants on our website.