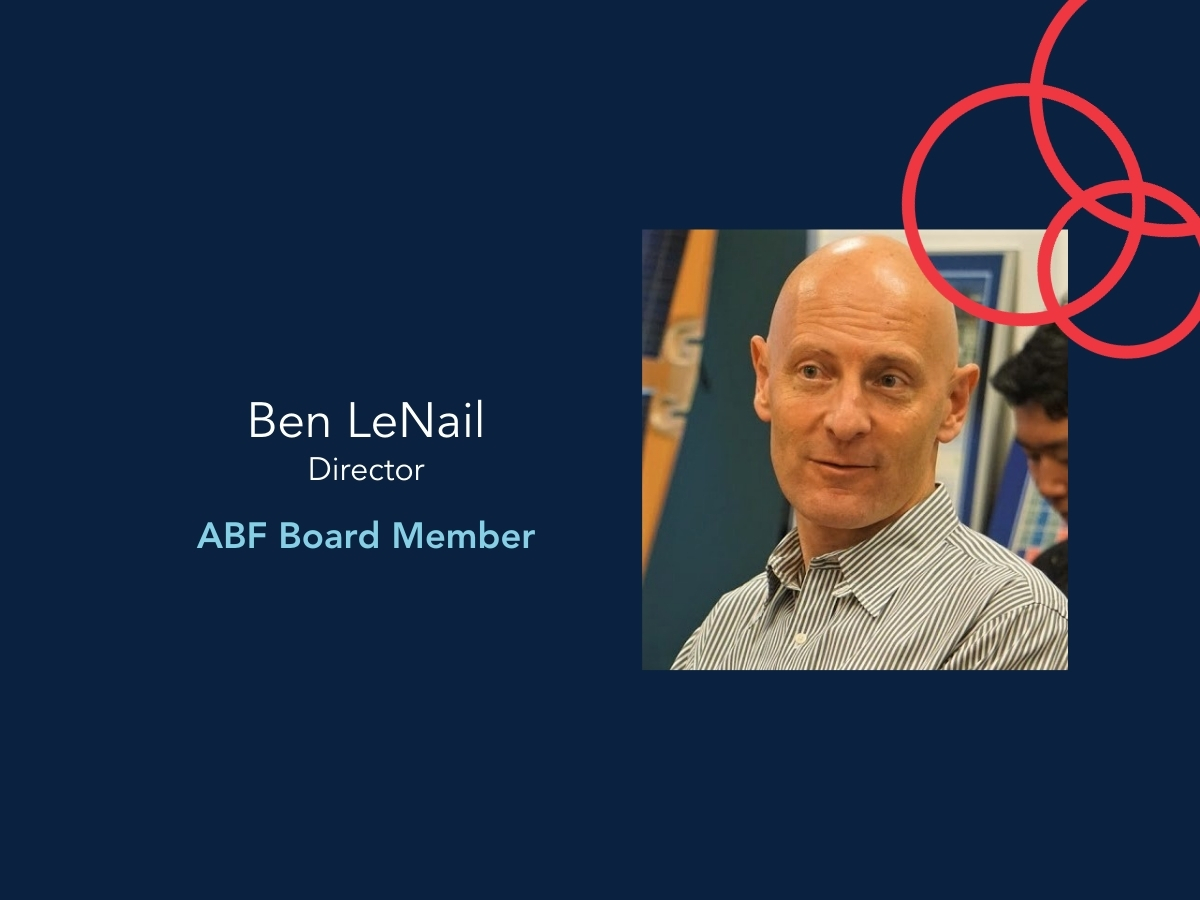 Ben LeNail was perfectly healthy until age 40. He lived in Palo Alto, California, raising a family. He loved to explore the natural wonders of Northern California by running, skiing, white water rafting, hiking and mountain climbing.

And then something changed.

Ben, who used to run eight miles with friends, suddenly could barely manage to run a single mile. “There was a heaviness, a lack of stride, and eventually I also started stumbling, which is really another telltale sign that there is almost an electrical short in your body, in your spine specifically,” he says.

He initially ignored the signs, thinking he was just getting old. “What happened to me is very typical of the start of a neurological disease,” Ben says. “The symptoms are kind of small to begin with, and very, very hard to pinpoint to a specific cause.”

But then his wife told him he was “walking funny” and dragging his feet. So she signed him up with a physical therapist. The therapist gave him a reflex test and told him there was nothing wrong with his muscles. But he likely had a neurological condition.

That revelation began Ben’s journey with a rare brain disease. It was a winding path from a two-year search for a diagnosis of X-linked adrenoleukodystrophy to becoming an advocate. It even led to him setting up a foundation and becoming a part of the American Brain Foundation.

In Search of a Diagnosis

Getting a certain diagnosis was anything but easy. His doctors hit a dead end after ruling out the usual suspects, including ALS, MS and Parkinson’s. Eventually, they told him to come back in six months when his symptoms got worse. Then they might have more success.

“The reality is that you hit those dead ends, and then you go home and you sulk,” he says. “You’re like, I have something, I will never know its name, it may kill me, and it sucks.”

After many more tests, Ben finally had a name: X-linked adrenoleukodystrophy. This genetic disease, primarily seen in young males, affects the nervous system by reducing the ability of the nerves to relay messages to the brain. It also causes a shortage of certain hormones, which can cause weakness, weight loss and vomiting.

In Search of Information

After the shock wore off, Ben jumped into education mode and researched as much as he could. He found out the lead author for a lot of the papers was based in France, where Ben came from. He reached out.

“A very, very wonderful trait in many rare disease communities is people are very chummy, very generous with their time, so I got an answer right away from an eminent clinician in Paris, even though I wasn’t even his patient,” says Ben. “He educated me, and then he said, ‘We have a patient meetup in Paris at the end of March.’”

That meetup in 2012 was Ben’s first immersion in the community. When he first saw kids in wheelchairs with feeding tubes and breathing apparatuses, he felt he didn’t belong here. But he changed his mind, and thought, “I actually do belong here. That’s my new tribe, and I have to make friends, I have to talk to people, I have to hear their stories.”

Ben says the conference in Paris was a profound experience, and inspired him to start a similar foundation, called ALD Connect, in the U.S. in 2013. “I wanted to get educated on the disease and the field, the general field of neurology and rare disease, and then once I felt I had built a lot of know-how, I wanted to share that,” he says.

One of the goals of the foundation is to encourage the pharmaceutical industry to pursue treatment. It does this by showing companies that patients with X-linked adrenoleukodystrophy are organized and hungry for treatment. Having things like a patient registry makes it easier for researchers to create a cohort of patients for clinical trials.

Even so, progress moves slowly, Ben says. When he started the foundation, a company in Massachusetts was in the middle of a phase-two study on a possibly life-saving gene therapy for kids. It took them years to get to that point. Eight years later, the therapy is close to being available to patients. “Some of the foundational intellectual property came out of France literally around 2005, and the therapy is very likely to be approved and commercialized in 2021,” Ben says.

For Ben, the decision to become an advocate came from his desire to connect with others. He also wanted to be a leader. “You can find incredible fellowship and support and solidarity in that community, and so I wanted to not only be part of it, but be a leader in it, a go-to person, a guru, a mentor to people who just got diagnosed and are feeling hopeless and lost and totally crushed,” he says.

Last year, Ben joined the board of the American Brain Foundation to further his impact. “One thing that’s been definitely tugging at me for a long time is scaling beyond rare disease and specifically beyond X-linked adrenoleukodystrophy and understanding some of the fundamental patterns of neurological disease, neural degeneration,” he says.

Ben felt moved by the Foundation’s pursuit of a life without brain disease. “It’s really a very bold and ambitious approach of saying, ‘How can we live a life that is free of these crippling diseases, like multiple sclerosis, stroke, epilepsy that have terrible consequences for quality of life’,” he says.