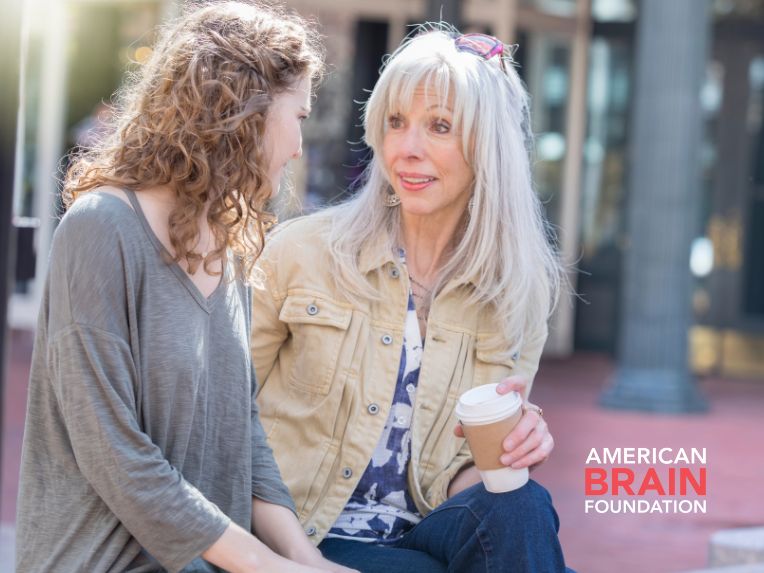 In this month’s brain news round-up, we discuss how a discovery about dopamine will affect Parkinson’s disease treatments and delve into a promising new therapy for Alzheimer’s disease. We also explore how researchers discovered the cause of a rare brain disease and the ways studying linguistically gifted people provides valuable insights into brain function.

Researchers at Oregon Health & Science University (OHSU) have made an important discovery about how dopamine works, paving the way for potential new treatments for Parkinson’s disease. Scientists have long suspected that dopamine is influenced by an opposing indicator from another neurotransmitter (a molecule released by a neuron to affect another cell). The study from OHSU confirms that dopamine operates in a push-pull relationship with the neurotransmitter adenosine. Senior author Haining Zhong, PhD, OHSU Vollum Institute, explains, “There are two neuronal circuits: one that helps promote action and the other that inhibits action. Dopamine promotes the first circuit to enable movement, and adenosine is the ‘brake’ that promotes the second circuit and brings balance to the system.”

A recent study has identified an effective therapy for Alzheimer’s disease and other previously untreatable dementias. These types of diseases are generally caused by the spread of misfolded proteins in the brain, leading to neurodegeneration. To address this, researchers at Vanderbilt University and the University of Glasgow targeted the M1-receptor, a brain protein that plays a crucial role in learning and memory.

Researchers activated the M-1 receptor using a modulator compound delivered to the brain through oral doses. This technique successfully normalized abnormal neurotransmission (a disruption in the transfer of information between neurons and their targets) and reduced neuroinflammation (an inflammatory response within the brain or spinal cord). Both of these issues lead to the spread of misfolded proteins and neurodegeneration. Study author Craig Lindsley, PhD, Vanderbilt University, describes how momentous the discovery is: “This is a very important moment, as we genuinely have the prospect of not only treating the symptoms of Alzheimer’s disease, including memory loss, but we might actually be able to slow the disease and increase the lifespan of sufferers from neurodegenerative diseases like Alzheimer’s disease.”

Scientists Finally Discover the Cause of a Rare Brain Disease

A rare type of brain disease is one step closer to a cure thanks to new research from the University of Pittsburgh and Kasturba Medical College in India. Hypomyelinating leukodystrophy (HLD) refers to a group of neurologic disorders in which a defective gene does not support the growth and maintenance of myelin (a layer of insulation that surrounds neurons and helps transmit electrical impulses). This causes various neurologic issues, such as impaired movement, memory problems, and vision loss.

Zinc is an essential micronutrient that needs to be transported out of cells to be utilized by the body. Researchers recently discovered that the specific cause of HLD is a mutation in a zinc transporter gene that doesn’t allow that to happen. This discovery gets us closer to a cure for HLD and helps doctors understand more about zinc’s role in brain development and function. Co-author Quasar Padiath, PhD, University of Pittsburgh, is thrilled by the discovery, saying, “finding out that a zinc transporter is really important for proper myelin development could have many clinical implications and offer new ways of treating other related neurological conditions.”

Studying the Brains of Polyglots May Lead to Insights About Language

What’s a polyglot, and what do they have to do with brain research? The term refers to people that speak multiple languages, and researchers think they may be able to reveal important insights into how the brain learns and remembers language. Scientists are curious whether polyglots’ linguistic abilities can be explained by unusual brain activity, so they’re using functional MRIs (fMRIs) to scan their brains and find out.

In one study from the Michigan Institute of Technology (MIT), researchers found that polyglots’ language networks were smaller than those of non-polyglots. Scientists who worked on the study think this could be because polyglots’ language networks are more efficient and require less brain power. Other studies reveal that learning and utilizing language uses more parts of the brain than previously thought. Language is usually considered the domain of the frontotemporal network in the brain’s left hemisphere, but fMRIs show that the right hemisphere also plays a role. Neuroscientists increasingly think that language is a multilayered system that requires multiple areas of the brain to interact.

Alessandra Rampinini, PhD, a member of the research team at the University of Geneva who is studying polyglots, explains that language processes are also “supported by the memory system, the attention system, and the motor system as well, which makes acquiring language a complex task involving the whole brain.” Studying polyglots will lead to better language teaching methods in schools and improved second-language programs in local communities. Doctors also believe this ongoing research will help treat people who experience language loss due to a brain injury.

Stay updated on the latest news from the American Brain Foundation by following us on Twitter and Facebook. Only through research will we find cures for all brain diseases and disorders. Donate today to make a difference.