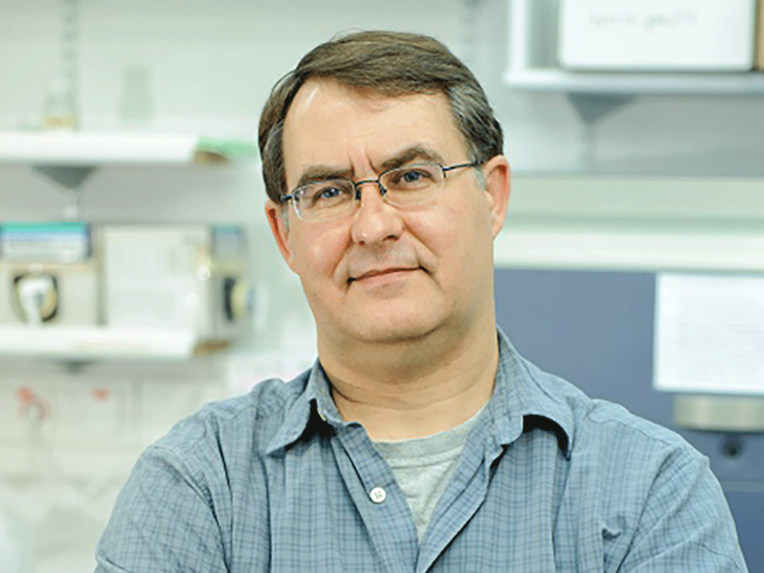 Minneapolis –As Multiple Sclerosis Awareness Month arrives in March 2018, the American Brain Foundation is kicking off a crowdfunding campaign to support research to help defeat the disease. The campaign will support the efforts of Prof. Steffen Jung, Principal Investigator and Head of the Immunology Department at the Weizmann Institute of Science. Prof. Jung’s aim is to better understand the changes that occur during inflammatory disease states, learn what causes them to occur, and try to stop debilitating or fatal diseases, such as multiple sclerosis, Alzheimer’s, or inflammatory bowel disease.

Donations to the crowdfunding campaign will help Prof. Jung and his team purchase lab technology called quantitative realtime PCR (QuantStudio 6 Flex) which is vital for their immunological research. With such enhanced flexibility and efficiency, Prof. Jung and his group members will be able to explore new frontiers in the field of immunology. Supporters of this campaign will become partners in groundbreaking research with the potential to benefit all humanity.

Every 60 seconds a person is diagnosed with multiple sclerosis (MS). Experts estimate over 400,000 Americans are affected by MS, and 2.5 million people worldwide . More than a quarter of people with MS use some form of home care, but over 80% of this care is provided by unpaid caregivers, mainly family members Despite the suffering and financial burdens of MS, funding for research into prevention, treatments, and a cure for multiple sclerosis is grossly inadequate. The National Institutes of Health spends over $6 billion a year on cancer research, over $4 billion on heart disease research and over $3 billion on HIV/AIDs research but estimates spending only $77 million on multiple sclerosis research in 2018.

The American Brain Foundation collaborated with the American Committee for the Weizmann Institute of Science to help broaden support for the project. Jane Ransom, executive director said, “Our foundation seeks out the best research with the highest potential to defeat diseases of the brain and nervous system. We are excited because Prof. Jung’s research has potential global impact. We want this crowdfunding campaign to enhance his work.”

The Weizmann Institute of Science in Rehovot, Israel, is one of the world’s top-ranking multidisciplinary research institutions. The Institute’s 3,800-strong scientific community engages in research addressing crucial problems in medicine and health, energy, technology, agriculture, and the environment. Outstanding young scientists from around the world pursue advanced degrees at the Weizmann Institute’s Feinberg Graduate School. The discoveries and theories of Weizmann Institute scientists have had a major impact on the wider scientific community, as well as on the quality of life of millions of people worldwide.