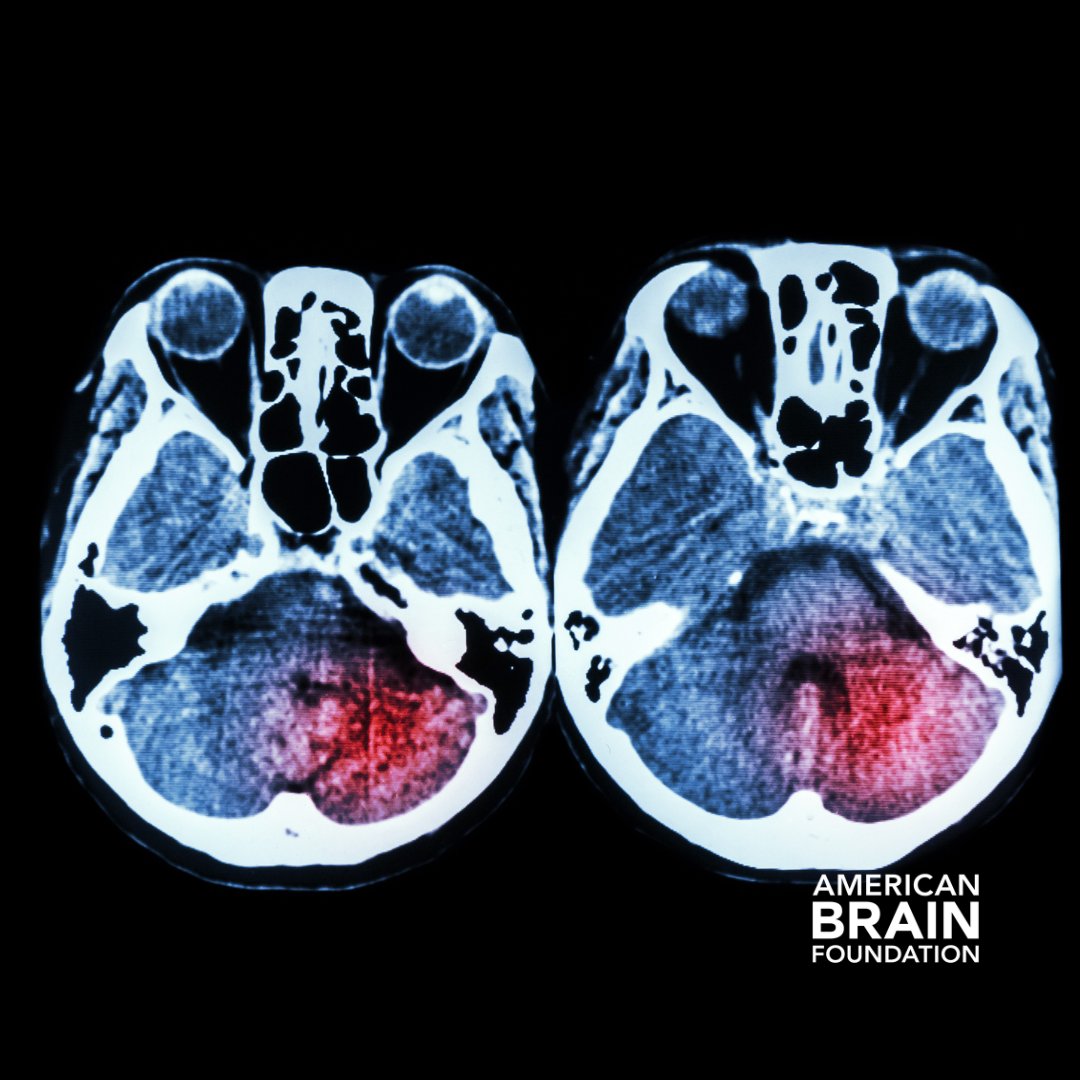 Learn how research and funding supported the development of the lifesaving Mobile Stroke Unit, and how future research could lead to even more innovative early interventions.

Acute ischemic stroke (AIS) is the fifth leading cause of death and the number one cause of serious long-term disability in the US. Research has identified a crucial early intervention period in the first few hours of a stroke during which certain treatments can halt or reverse stroke progression. This means the quicker a person having a stroke can receive treatment, the lower the risk of long-term brain damage and the higher the chance of a positive outcome.

The Development of the Mobile Stroke Unit

Dr. Grotta is a neurologist and clinical researcher focused on developing and testing new acute stroke treatments. He serves as the director of Stroke Research at the Clinical Institute for Research and Innovation, Memorial Hermann – Texas Medical Center and as the director of the Mobile Stroke Unit Consortium. He is also a member of the American Brain Foundation’s Board of Directors.

In 2014, Dr. Grotta launched the nation’s first Mobile Stroke Unit at the University of Texas Health Science Center at Houston and its hospital affiliate, Memorial Hermann Hospital. The Mobile Stroke Unit is a modified ambulance containing brain imaging equipment like a portable CT scanner and tPA “clot busting” medications. This allows Dr. Grotta and his team to bring innovative emergency response stroke treatments directly to a person having a stroke, saving valuable time that would otherwise be lost in transit to the emergency room.

A stroke occurs when either a blocked blood vessel (ischemic stroke) or a ruptured blood vessel (hemorrhagic stroke) disrupts blood flow to a part of the brain. Unless that blood flow is restored, the brain tissue will die, which can lead to paralysis, loss of speech, or death. “We have very good treatments to restore the blood flow [cut off by a stroke], but the sooner those treatments are given, the more likely it is that the brain tissue is salvaged and the patient recovers,” says Dr. Grotta.

Dr. Grotta explains that the initial idea for a Mobile Stroke Unit was sparked by efforts he saw elsewhere to put the latest research on early response into action. He consulted Klaus Fassbender, MD, PhD, and his colleague Silke Walter, MD—both of the Department of Neurology, Saarland University in Hamburg, Germany—who pioneered the early use of a portable CT scanner to quickly assess patients on site and provide emergency stroke treatments. “[They] did a small randomized trial and showed that they could treat patients faster—and even get patients treated in the first hour after the symptoms started,” says Dr. Grotta.

When a larger study in Berlin confirmed the importance of timing in early stroke treatment, Dr. Grotta began to lay the foundation for the first Mobile Stroke Unit in the United States. “I wanted to make a difference in my city in terms of an immediate impact on outcomes and a population of patients who are very vulnerable,” he says. Dr. Grotta views the Mobile Stroke Unit as an essential community resource directly tied to increasing access and equity of care across both underserved and other parts of the city. Initial funding came from local philanthropists, and currently all of the Mobile Stroke Units in operation in the U.S. are supported by donations.

Further funding from the American Heart Association and Patient Centered Outcomes Research Institute (PCORI) supported research into the Mobile Stroke Unit’s impact. These funds allowed Dr. Grotta to conduct the only randomized trial to evaluate the cost effectiveness of this novel approach to stroke treatment.

What Is the Mobile Stroke Unit?

Dr. Grotta explains why a mobile CT scanner is so important to early stroke intervention: “One of the key things you have to do in a stroke patient before you can treat them is determine: is it a stroke due to a blocked artery, or is it due to bleeding in the brain, which causes about 10-15% of strokes? We need to do brain imaging before we can start the treatment.” Once the brain imaging is complete, there’s a nurse on board who can deliver quick-acting tPA clot-busting treatment if needed.

Dr. Grotta likens the Mobile Stroke Unit to an emergency room on wheels. “What makes a Mobile Stroke Unit unique is having the ability to do a scan of the brain, identify that the patient really is having a stroke that’s treatable, and then have those medications on board and the personnel on board to be able to [administer them],” he says. “It’s bringing the emergency room to the patient and that… enables us to treat patients in that first hour or so after symptom onset.” The unit typically arrives within 10 minutes of dispatch and takes 10 minutes to do a scan, meaning a person can be treated within 20 minutes.

This accelerated process saves over 30 minutes of time and generates 10 times more treatments within the first hour compared to standard stroke management, leading to better clinical outcomes. “There’s a highly significant improvement in the percent of patients who are left without any disability. Furthermore, that results in downstream reduction of being in the nursing home and less chronic care facility use,” says Dr. Grotta.

“I think one of the most important messages I’d like to get out to everybody is the importance of calling 911 at the first symptoms of a stroke, and to know what the symptoms of a stroke are,” says Dr. Grotta. “Because if people don’t call 911, then they can’t get treated.”

Cynthia Reese experienced the incredible impact of the Mobile Stroke Unit firsthand. While at work, Cynthia felt nauseated and got up from her desk to go to the bathroom, but quickly found herself unable to move or speak. When a coworker found her nearly collapsed, they called emergency services.

The Mobile Stroke Unit met emergency services in transit and Cynthia was transferred to the unit for treatment. “They gave me a clot blocker. By the time I got to the hospital, I was able to converse with the doctors and I returned to work in a week,” says Cynthia. “Because we have the science and because somebody was smart enough to give funding to at least one hospital, I’m here.”

Thanks to this quick response, the Mobile Stroke Unit saved Cynthia’s life and helped her avoid serious, long-term disability. “Had it not been for the Mobile Stroke Unit, I don’t think I would’ve seen my great-granddaughters,” she says. “They knew exactly what to do, how to treat me. And that made all the difference in the world.”

The Impact of Continued Funding and Research

We know more research will lead to more effective treatments and cures, better outcomes, and lower rates of long-term disability for people who experience a stroke. This is why it’s essential to continue funding research into earlier and more effective intervention options and to support programs like the Mobile Stroke Unit

The American Brain Foundation is currently funding a Next Generation Research Grant recipient whose project is focused on researching outcomes for people treated by Mobile Stroke Units. Additionally, the American Brain Foundation’s 2020 Scientific Breakthrough Award went to the Calgary Stroke Team, who conducted research on the effectiveness of mechanical thrombectomy therapy for ischemic stroke patients compared to traditional treatments.

Dr. Grotta is currently involved in a study of a new drug to stop the bleeding that occurs in a hemorrhagic stroke. Being able to treat these strokes on site with a Mobile Stroke Unit would be a significant leap forward in emergency care. He also points to ongoing research that may soon enable doctors to diagnose a stroke more readily, perhaps using technologies like a portable MRI scanner or an ultrasound device.

Now that research has shown that Mobile Stroke Units lead to improved outcomes, the challenge is making them more economically feasible. It’s more expensive to operate a Mobile Stroke Unit than a regular ambulance, and there is currently no pathway for Medicare and other insurers to cover the costs.

The Mobile Stroke Unit also shows the value of investing in research and resources for pre-hospital treatment of many different emergency health issues, including trauma, heart attack, and others. Most emergencies are time-sensitive and more specifically equipped mobile response units open up opportunities to achieve better outcomes by bringing treatment directly to a person within a crucial early timeframe. With more funding for research, it’s possible to expand the impact of pre-hospital treatment and save more lives.

The American Brain Foundation believes that when we find the cure to one brain disease, we will find cures to many others. Learn more about the groundbreaking brain disease research we fund, or donate today to support the cures and treatments of tomorrow.