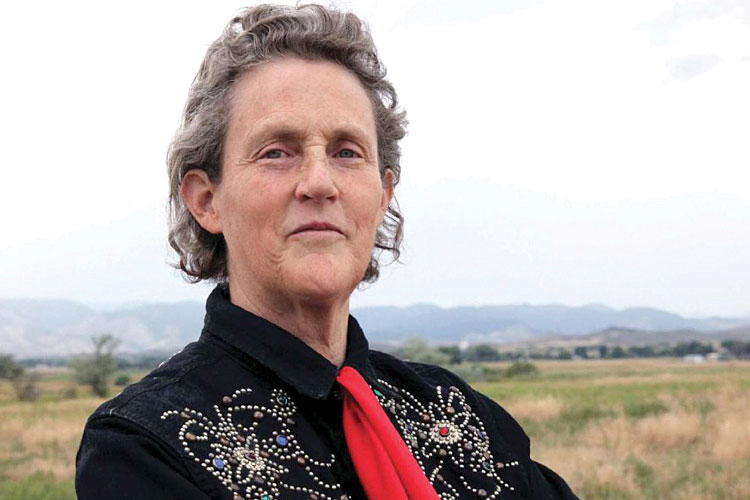 Los Angeles – The American Brain Foundation will recognize three people for their leadership of movements to defeat brain diseases afflicting 50 million Americans at an event held in conjunction with the Annual Meeting of the American Academy of Neurology on April 25, 2018. Each award recipient has raised awareness, led an organization, and advocated successfully for better treatments, prevention, and cures for a brain disease. The awardees are:

Temple Grandin, PhD, is a professor, author, and lecturer who is internationally recognized for sharing her insights on the experience of having autism with the general public. Her books include Emergence: Labeled Autistic, The Autistic Brain: Thinking Across the Spectrum and Thinking in Pictures. The neurologist Oliver Sacks called the latter book “a bridge between our world and hers and allows us to glimpse into a quite other sort of mind.” Grandin links her highly-successful academic and consulting career in animal science—with specialty in the humane slaughter of animals—to her personal experience with autism and what it is like to feel threatened by distracting visual and auditory cues.

Grandin is the subject of the award-winning Horizon documentary, The Woman Who Thinks Like a Cow. The feature length HBO movie Temple Grandin, starring Claire Danes, is based upon her life.

DeMaurice Smith is executive director of the NFL Players Association (NFLPA), which, under his leadership, has made groundbreaking contributions to building public awareness about the impact of concussion in football and other sports. He has brought the scientific community’s findings on the risk of playing football into the mainstream, while tenaciously pursuing better treatments, prevention and cures for NFL players. Smith and the NFLPA have set an example for other sports leagues, including youth leagues, for how to care for athletes who are at risk of serious head injuries.

Through the collective bargaining process, the NFL Players Association established a $100 million medical research fund to study NFL players with an eye towards breakthroughs in injury prevention, treatment and overall health of NFL players, especially in the area of traumatic brain injury. The result, the ongoing Harvard Players Health Study, is now the largest cohort study of its kind.

Richard P. Essey, San Francisco businessman and philanthropist, will be honored for changing the landscape of research in amyotrophic lateral sclerosis (ALS) and for his leadership of the American Brain Foundation as a member of its board of directors. In 1996 Essey established the Sheila Essey Award in ALS research in honor of his wife, who died of ALS, and has provided more than $1 million of funding for the award through the American Brain Foundation. The award, given jointly by the American Academy of Neurology and the ALS Association, has provided $50,000 to each of 21 researchers. The award has provided support and inspiration for ALS researchers and given hope to patients and caregivers.

Essey served on the American Brain Foundation’s board of directors from 2005 to 2010 and has served since then as an honorary member of the board. During Essey’s tenure on the board, the Foundation awarded more than $19 million for Clinical Research Training Fellowships to support early career neurologists investigating a whole span of brain and nervous system diseases. Essey was the first non-neurologist on the board, bringing the perspective of patients, caregivers and families, and infusing the Foundation with activism. He paved the way for other influential members of the public, such as Susan Schneider Williams, Dan Gasby and David Eagleman to become members of the American Brain Foundation’s leadership.