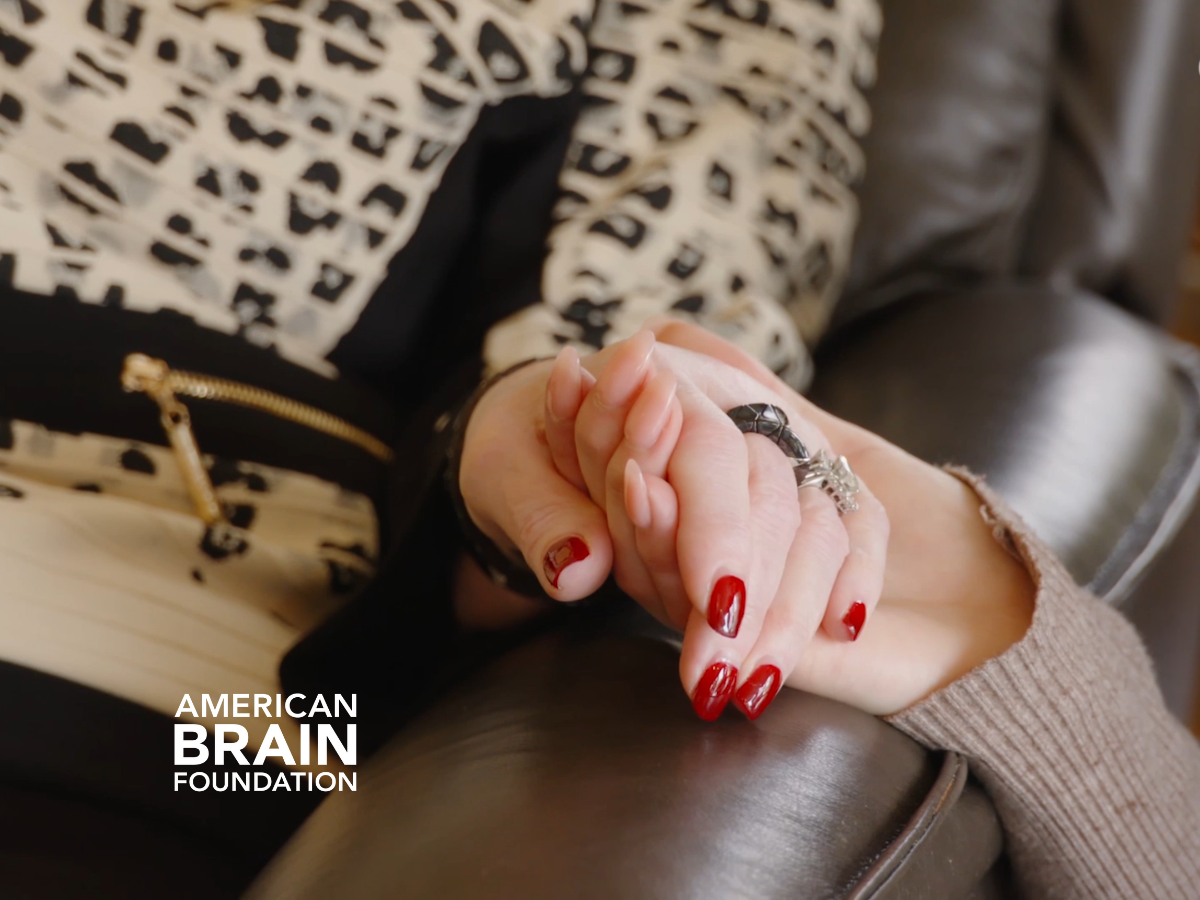 With a large age gap between herself and her siblings, Mary Jo M. grew up almost like an only child in her loud, close-knit Italian family. She was close with both her parents and recalls her dad’s strong work ethic from his years of running a business in the meat-packing industry along with her mom’s caring personality and award-winning Italian frittatas. “I’ve looked up to [my dad] my entire life and my mom has been my rock,” Mary Jo says. “She’s gotten me through a lot of learning disabilities and fought for my education my entire life. So they’re my lifeline.”

But in Mary Jo’s early 30s, brain disease forever altered that relationship. Within just a few short years, her father suffered a subdural hematoma, was diagnosed with diabetic neuropathy, and experienced a stroke, and her mother was diagnosed with Alzheimer’s and dementia. Recently married and starting a new job across the country, Mary Jo had to put her dreams for her future on hold and adjust to being a caregiver for both of her parents.

The first signs of her father’s cognitive change are more apparent in hindsight. Mary Jo remembers her dad suffering some falls that the family initially wrote off as clumsiness. But one day, he started walking awkwardly. “He must have hit his head or fallen and hit his head. And we didn’t know. And he didn’t tell us,” says Mary Jo.

Her father asked to be taken to the hospital, where he was diagnosed with a subdural hematoma and rushed into surgery. “There was so much blood on his brain that it had shifted his brain in his skull,” says Mary Jo.

After a six-month stay at the hospital and a rehabilitation facility where he relearned how to talk, use his hands, and walk with only a bit of a lag on the left side, Mary Jo’s father was able to return home.

While her father went back to his daily life, about a year after his surgery, he began to experience more symptoms. When her father would stand up, his blood pressure would drop significantly. He would shake and turn white, sometimes even passing out. And it kept getting worse. “We didn’t know what was wrong. We kept on telling the doctor something is wrong. Something is wrong. Is it cancer? Is it Parkinson’s? What’s going on?” she says.

Within the past year, her father has also suffered a stroke. Again, he had to relearn everything he had regained after his traumatic brain injury—including speaking, walking, and swallowing.

Around the time of her father’s subdural hematoma, Mary Jo’s mother also started to show the first signs of cognitive decline. “It wasn’t really showing in big aspects outside of anger, social distancing herself, traditional beginning signs of dementia and Alzheimer’s,” says Mary Jo. But things got more serious one night when her mother was driving home from the hospital. What should have been a 10-minute drive within the suburbs turned into her mom getting lost and driving much further.

“I was on a train going back to New York City to Penn Station when I got the call from the doctor that, yes, it’s dementia and Alzheimer’s,” she says.

“I had a choice at that point to either stay in New York and continue to work with food manufacturing facilities… or to come back to Chicago and be with my family,” Mary Jo says. She started by taking six months off from work to figure out how to take care of her parents.

Ultimately, she moved home and became her parents’ caregiver, working closely with a personal family caregiving team and therapists. “There was a period of time where I was contemplating ending my career and taking care of my parents, which I know my parents would never want me to do,” she says. “They fought way too hard for me to give up everything I’ve fought so hard to get.”

How Life Has Changed

In only a few years, Mary Jo’s life turned upside down. The mother she grew up with is no longer there. As her Alzheimer’s has progressed, her mother is no longer able to do the things she used to love, such as cooking, ceramics, painting, or seeing the world. She is unable to have a meaningful conversation with her daughter, to offer her support, or to celebrate family milestones.

Mary Jo says, “It’s devastating to have the one you love right there and you can’t even talk to her and tell her about your day.” She compares her time with her mother to taking care of a small child. “It hurts when I have friends who have so many great things that they do with their mothers… and I can’t. I’m just trying to keep her alive.”

The loss of her mother’s friendship and knowing she can’t share in Mary Jo’s day-to-day life is hard. “And she’s there, right? She’s smiling, but you can’t talk to her,” she says. “And some days she doesn’t know your name and some days she might shove you or push you. And the anxiety worrying about her—people just don’t understand it until they live it.”

Mary Jo also feels a sense of loss in her dad slipping away. “You have to understand this guy came here when he was 12 years old from another country,” she says. “He has been the foundation and our head of the house, and to have that suddenly be in question as to what’s going on and what’s going to happen is completely devastating.”

Her parents, who always loved to travel, have lost the opportunity to see the world in the golden years of their life. They aren’t able to be an active part of their grandchildren’s lives, and Mary Jo relies on telling her children stories to communicate how amazing her parents truly are.

Now at 35 years old, she’s transitioned from the role of daughter to caregiver. “They’re a responsibility that I have to take care of as they have taken care of me. I owe it to them to be who they were for me,” she says.

Advocacy and Sharing Her Story

Mary Jo hopes that sharing her story will help others and give some meaning to what has happened to her family. “Sharing this experience…and the heartbreak that we’ve experienced, is important because not enough is known, and there are not enough advocates,” she says. “When people get dementia or Alzheimer’s or have a stroke, families go quiet. They don’t want to talk about it and they don’t want to live it in the open publicly.”

She also hopes to help others recognize the early signs of dementia. “I wish people understood that dementia and Alzheimer’s can start without you even realizing it,” Mary Jo says. “When people hear me talk about my parents, sometimes they recognize signs in their own parents, or in themselves. And because of that, they’re able to get the help that they need earlier, or do things to keep their brains healthy.”

The support of friends and family has helped Mary Jo through the challenges of caregiving. What has made the biggest impact? When other people simply listen and help when they can.

Importance of Research in Brain Disease

When she sees other families, Mary Jo finds herself thinking about how someday, so many people will be impacted by brain disease. “We all love our families and friends,” she says. “And by understanding how diseases work, and how we can maybe prevent them, we can improve the quality of life for millions of people.”

In the meantime, she holds onto the little moments that simultaneously uplift her spirits and break her heart. “It’s the joy in, ‘Oh my gosh, she remembered this! Can you believe it?’” Mary Jo says. “Or she’s saying these silly, funny things now that she never said before. It’s adorable, but at the same time, the only reason you’re getting that is because she’s cognitively fading. So it’s a heartbreaking kind of joy.”

Read another story about dementia from a caregiver’s perspective.