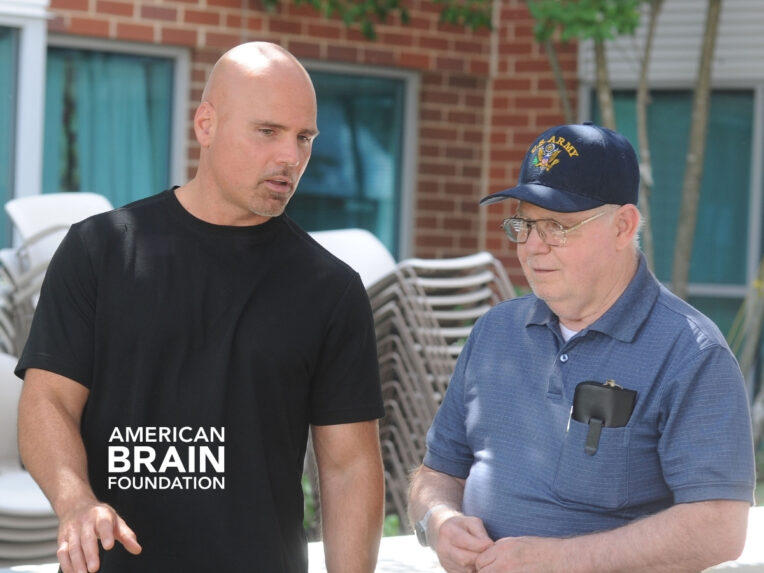 Meet the Keene family and learn about their journey with a degenerative brain disease.

Ken Keene Sr. was a “super dad” to his three sons. He was a respected community member and a handy man who could fix anything. For his oldest son and namesake Ken Keene Jr., there was nothing his father couldn’t do. So when his father started forgetting the names of places and things, Ken Jr. chalked it up to aging and short-term memory loss. 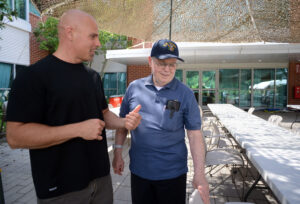 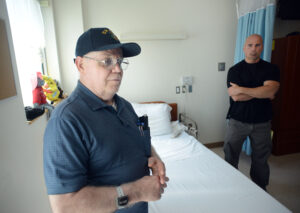 However, the signs grew more concerning. Ken Jr. remembers his father reaching out for help more than usual. In addition, he struggled to comprehend everyday things that people take for granted. Just a couple months prior to his 64th birthday, Ken Sr. found out he had frontotemporal lobe dementia, sometimes called Pick’s disease.

“Not the man he used to be”

Pick’s disease is a rare type of dementia that affects the frontal portions of the brain. Such a disease results in speech problems and personality changes. Dementia describes a group of symptoms related to loss of cognitive function such as thinking, remembering and reasoning. Ken Jr. often describes dementia as an ever-shrinking catalog of thoughts and memories. Eventually it includes only a few things that repeat over and over again.

Ken Sr. knew early on that he was “not that man he used to be,” and parts of his personality slipped away over time. As his father’s primary caregiver for some years, Ken Jr. witnessed his father become more reserved, withdrawn, and less passionate about life.

“Dementia uprooted my father from who he was and everyone who knew him,” Ken Jr. says.

Ken Sr. went from building things with his hands to forgetting the names of his tools and how to use them. He couldn’t remember that the stove was hot, and he needed someone watching him at all times. His circle became smaller and smaller as old coworkers and friends drifted away.

As interactions with his father became difficult, Ken Jr. turned to music. “There are certain jingles that you always hold on to,” he explains.

When he was a child, Ken Jr. remembered his father singing the songs of singer-songwriter Bobby Goldsboro. He did that so often, Ken Jr. actually thought the songs were his father’s. When Ken Sr.’s memory went, Ken Jr. fell back on these familiar tunes to connect with his father. “He would look at me and make the connection that I was someone significant in his life,” says Ken Jr. “Although he didn’t know my name and he didn’t know that I was his son, the music really bridged the gap.”

While Ken Sr. didn’t remember the lyrics very well and often mumbled, he still remembered bits of the tempo, harmony and sometimes the chorus. Ken Jr. didn’t care that they were singing the same songs over and over because the music always put a smile on his father’s face.

A Legacy that Lives On

In June 2017, Ken Keene Sr. moved into an assisted living facility. It was devastating Ken Sr. couldn’t stay in the home he maintained for so long. But the family knew it was the best way for Ken Sr. to get the best possible care and live comfortably. Ken Sr. passed away in May of 2020.

After losing his father, Ken Jr. continued to share his father’s story to raise awareness about dementia. On a YouTube Channel he created to document time with his father, he speaks up about caregiver burnout and the need for more research into brain diseases. He wants to find a cure so future generations won’t know the pain of seeing someone they love slip away.

“I believe it is our duty as human beings to share positivity and important information to not only enlighten the general public but more importantly reach the millions of people worldwide who feel they’re alone while caring for their loved ones,” Ken Jr.says.

The American Brain Foundation was founded to bring researchers and donors together in the fight against brain disease. Learn more about dementia and other brain diseases or help us in our mission by giving today.