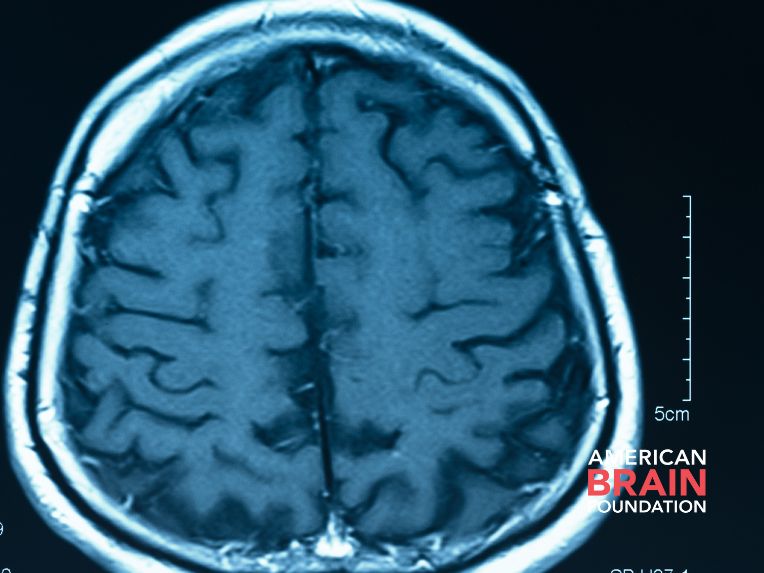 Deep brain stimulation is an established and effective treatment for people with certain types of brain disease—and its potential grows with each new study. We explored this topic in a recent webinar hosted by Robert Fisher, MD, PhD, Director of the Stanford Epilepsy Center, and Board Chair David W. Dodick, MD, FAAN. Dr. Fisher explained the benefits of deep brain stimulation, how the technology works, and which specific conditions it can currently be used to treat. He also discussed how cutting-edge research is leading to giant steps forward in treating diseases like Parkinson’s, Alzheimer’s, epilepsy, and more.

What is deep brain stimulation?

Also referred to as DBS, deep brain stimulation involves implanting electrodes in specific regions of the brain. These electrodes are controlled by a pacemaker-like device put under the skin in the upper chest area. They can be used to create electrical impulses that affect certain brain cells and monitor or alter electrical or chemical activity in the brain. They can also be used to regulate abnormal brain activity, such as in the case of recurrent seizures in people with epilepsy.

The History of Deep Brain Stimulation

Dr. Fisher explains that the first recorded example of electrically stimulating the brain occurred in 1874. A Cincinnati surgeon treated a man with a bad scalp infection that had exposed part of his brain. The surgeon wanted to know if removing the infected part of the brain would paralyze the patient, so he electrically stimulated that part of the brain. When he saw the resulting muscle contractions, he knew he couldn’t remove that area.

In the mid-20th century, psychiatrist Robert Heath experimented using electrical stimulation to treat psychiatric symptoms. He implanted wires in various areas of the brain, including the region frequently referred to as the “pleasure center” because it generates rewarding feelings. Some patients did experience positive behavioral changes, but Dr. Fisher emphasizes that this kind of treatment is now considered ethically questionable and rarely used.

A major DBS breakthrough came in the late 20th century due to the work of French neurosurgeon Alim Louis Benabid, MD, PhD. Some brain diseases and disorders are treated with ablative surgery, which removes very small parts of the brain. Dr. Benabid was conducting an ablative surgery for someone with Parkinson’s disease, and electrical stimulation was used during the process. He noticed that this electrical stimulation sometimes quieted tremors during the procedure.

Benabid decided to experiment with using electrical pulses to stimulate certain parts of the brain to determine if this could be used as a treatment to reduce the frequency and severity of tremors. As technology advanced, researchers found ways to continuously apply this type of electrical stimulation for long periods of time. The result was that DBS became a widely used treatment for Parkinson’s disease and other movement disorders.

How does deep brain stimulation work?

While the earliest methods of deep brain stimulation relied on electrodes being implanted by a surgeon, today, this is normally accomplished through robotics-assisted surgery. The robotic surgical system is programmed to use a 3D MRI of a person’s brain to precisely target the exact areas of the brain where electrodes need to be implanted. Dr. Fisher explains that in addition to this method being highly accurate, it is also about three to four times as fast as a surgeon implanting electrodes by hand.

Once all necessary electrodes have been implanted into the brain, they are connected by wires to a stimulator module implanted just under the skin in the chest. The stimulator settings can be changed by an external radio programmer paddle, allowing doctors to adjust electrical currents and the stimulation frequency. This allows doctors to fine-tune a person’s DBS treatment and respond to new or changing conditions in the brain.

What diseases and conditions can be treated with DBS?

DBS is commonly used to treat movement disorders, though it’s generally reserved for people whose symptoms can’t be controlled with medication. Parkinson’s disease and tremor are the most prevalent disorders treated with DBS. Dr. Fisher notes that several thousand people worldwide with these disorders have experienced positive results from the DBS treatment. Deep brain stimulation can also treat dystonia and dyskinesia, both of which involve uncontrolled movements caused by involuntary muscle contractions. OCD (obsessive-compulsive disorder), Tourette syndrome, and refractory pain (pain that cannot be controlled by medication and other more conservative therapies) have also been successfully treated with DBS.

Researchers are still exploring the effect of deep brain stimulation on memory loss and Alzheimer’s disease. Dr. Fisher references a study conducted by Andres M. Lozano, OC, MD, PhD, FRCSC, FRSC, FCAHS, Chairman of the Division of Neurosurgery at the University of Toronto, which showed mixed results when using DBS on people with mild cases of Alzheimer’s disease. While brain scans depicted more activity in areas associated with memory after one year of deep brain stimulation, memory tests did not improve overall. However, when researchers broke the study groups down by age, they found that people over 65 did show memory improvement after one year of DBS, while those under 65 stayed the same or got worse.

Dr. Fisher explains that one area where brain stimulation has opened up significant possibilities is treating drug-resistant epilepsy. “Sometimes we can’t do surgery because the seizures are coming from a critical speech or movement area or multiple areas…or maybe we can’t pin down where the seizures are really starting,” says Dr. Fisher. “So in those cases [in the past], someone who didn’t respond to medication and wasn’t a candidate for surgery, we would just have to say, ‘sorry, we can’t help you.’”

Because a seizure is essentially “an electrical storm in the brain,” neurostimulation through implanted electrodes now offers doctors the ability to monitor and regulate the abnormal activity that often triggers seizures. Neurostimulation (or neuromodulation) is the alteration of nerve activity by delivering electrical signals directly to a target area in the brain. It’s a broader category of treatment that includes deep brain stimulation.

Deep brain stimulation is the third neurostimulation method used to treat epilepsy. Most seizures start in one of two regions of the brain and then travel through an area called the anterior nucleus of thalamus (ANT). Researchers decided to target the ANT with deep brain stimulation to test its effect on seizures. “The control group only had a 14% reduction of seizures versus 40% in the treated group,” says Dr. Fisher, “which was statistically better in favor of the active stimulation.” However, results aren’t instantaneous, and this type of therapy takes time— even months or years—to yield improvement. Dr. Fisher notes that treating epilepsy with deep brain stimulation “requires synapse formation and changes of neurotransmitters and changes of genes—probably even new neuron growth that happens over time—but it does get better.”

The American Brain Foundation is committed to supporting research across the entire range of brain diseases and disorders, because we know that when we cure one brain disease, we will cure many. Donate today to help us find cures, so that one day we can all experience life without brain disease.