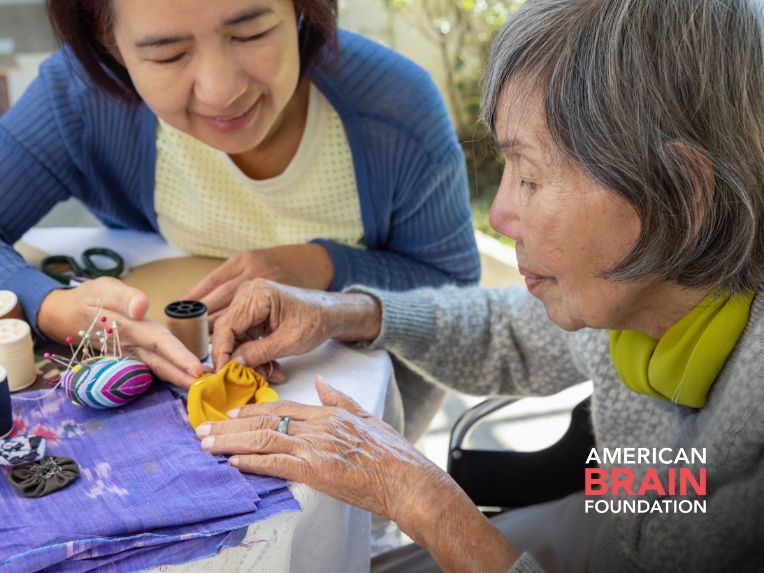 In this month’s news round-up, we look at innovative early diagnosis methods for dementia and how a new type of ultrasound may reveal important insights about brain function. We also discuss how London cabbies are contributing to Alzheimer’s disease research and how enzyme therapies may be used to treat neurologic disorders in the near future.

New research from the University of Cambridge shows it’s possible to detect signs of impairment from several dementia-related diseases almost a decade before a person receives a diagnosis. Dementia and neurodegenerative diseases—including Alzheimer’s disease, Lewy body dementia, and Parkinson’s disease—are typically diagnosed after symptoms appear. However, the underlying neurodegeneration often starts many years earlier. This is why early diagnosis is crucial in slowing further degeneration and managing symptoms.

For the Cambridge study, researchers wanted to know whether they could detect changes in brain function before neurodegenerative symptoms appeared, so they turned to a biomedical database called UK Biomark. With data from half a million participants, UK Biomark includes health and disease diagnoses, data from problem-solving and memory tests, and other information, such as the number of falls a person has experienced. Scientists looked at people who developed neurodegenerative diseases and analyzed the data from five to nine years before their diagnosis.

“When we looked back at patients’ histories, it became clear that they were showing some cognitive impairment several years before their symptoms became obvious enough to prompt a diagnosis,” says Nol Swaddiwudhipong, one of the study’s authors. “This is a step towards us being able to screen people who are at greatest risk … and intervene at an earlier stage to help them reduce their risk.”

A New Doorway to the Brain

An emerging technology called ultrafast ultrasound could be the key to a deeper understanding of brain function that leads to early diagnosis of brain disease. Standard ultrasounds work by using high-frequency sound waves to generate images of internal organs and structures within the body. They aren’t often used for brain imaging because the bones in the skull typically scatter ultrasound waves. Additionally, the technology is not fast enough to detect blood flow in the smaller arteries that support brain function.

However, the development of ultrafast ultrasound technology could change all that. Ultrafast ultrasounds can quickly produce sharp composite images of the brain, including identifying areas where blood flow is increased or reduced. This new technology can also track the movement of cells over time, and can even show activity in deep regions of the brain that other types of modern imaging can’t reach.

What do cab drivers have to do with understanding Alzheimer’s disease? More than you may expect! London cabbies must go through “the Knowledge,” a rigorous licensing exam proving the drivers have memorized the city’s thousands of streets and landmarks. According to a 2000 study by Eleanor Maguire, PhD, professor of cognitive neuroscience at University College London (UCL), drivers that pass the test appear to have experienced physical changes to their brain structure.

Dr. Maguire found that the posterior hippocampus—the part of the brain associated with spatial navigation and memory—was larger than normal for the cabbies in the study. A decade later, Dr. Maguire conducted a follow-up study that followed drivers for four years as they went through the licensing process. She found that people who passed the exam showed posterior hippocampus growth by the end of the four-year period. Drivers who failed the test and the control subjects had no hippocampal growth. Dr. Maguire’s work proved the capability of adult brains to grow neural networks as a result of learning.

Now a new research team headed by Hugo Spiers, PhD, professor of cognitive neuroscience at UCL, is recreating the study with advanced tools to learn more about the progression of Alzheimer’s disease. “Spatial disorientation appears to be more specific to Alzheimer’s disease [than to other forms of dementia]…The hippocampus, which grows in the brains of these cab drivers, tends to shrink in the early stages of Alzheimer’s,” Dr. Spiers explains. “Understanding which part of the hippocampus gets bigger when navigating may provide insights into how to develop diagnostic tools for detecting Alzheimer’s earlier.”

Dr. Spiers’ lab utilizes sophisticated MRI technology and a game app designed to test spatial navigation skills. Researchers are hopeful that future versions of the app could be used as an Alzheimer’s disease diagnostic tool and potentially as a means to gauge how well medications are working.

Recent research shows promise for slowing brain degeneration in children with Batten disease. Batten disease is a fatal neurologic disorder estimated to affect about three of every 100,000 births in the U.S. Children with this brain disorder appear healthy when they’re born, but within a few years they begin to experience immobility, seizures, blindness, and dementia. The disease occurs due to an inherited gene mutation that causes the absence of an important enzyme crucial for breaking down cellular waste. Without this enzyme, children experience progressive brain damage. There is no cure for Batten disease, and most afflicted children die in early childhood.

All of that could change due to the work of scientists at the Washington University School of Medicine in St. Louis and the Roslin Institute at the University of Edinburgh in Scotland. Their latest research suggests that enzyme replacement therapy may slow brain degeneration. Using genetically modified sheep, the scientists found that monthly doses of the deficient enzyme improved motor function and decreased brain matter loss. While more research is needed, scientists believe these findings can translate into future treatments for children with Batten disease.

Stay updated on the latest news from the American Brain Foundation by following us on Twitter and Facebook. Only through research will we find cures for all brain diseases and disorders. Donate today to make a difference.