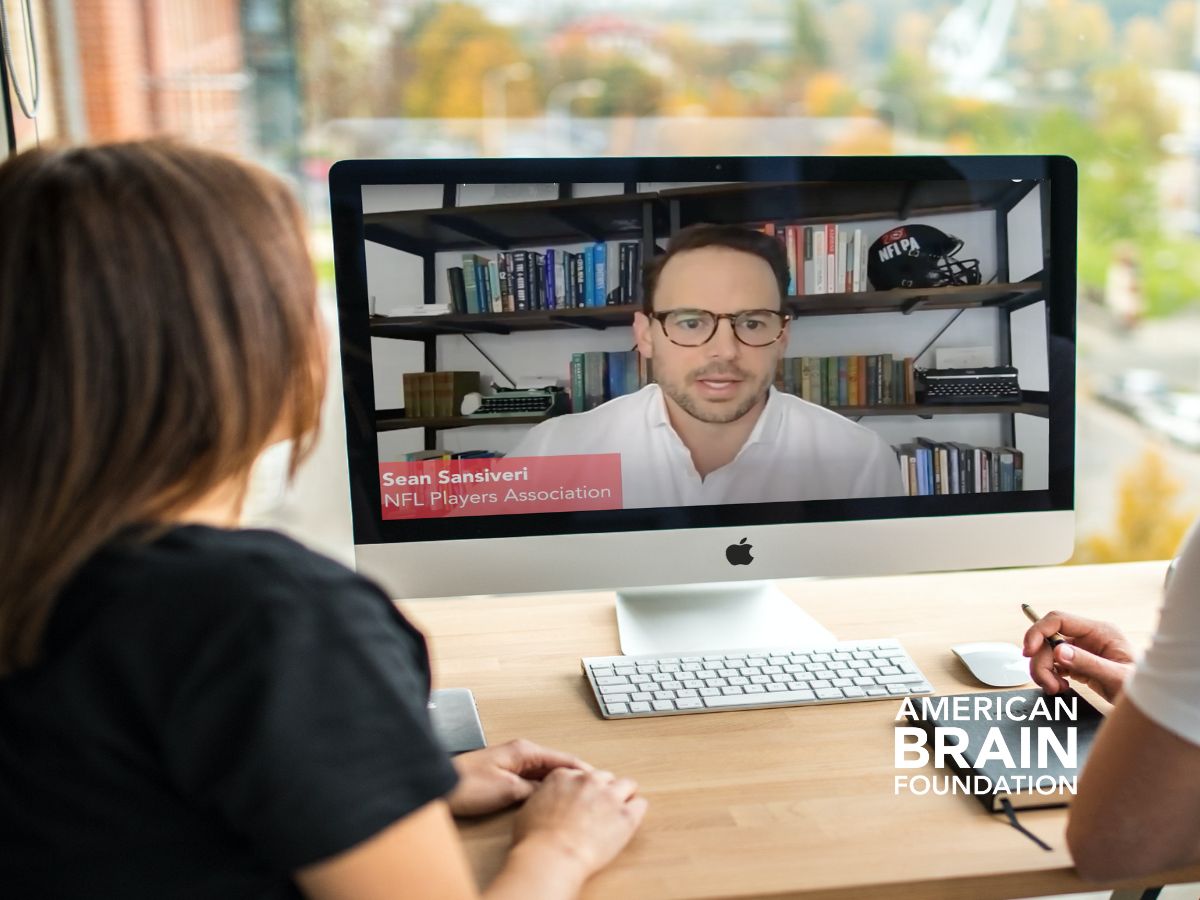 Learn about what’s being done to reduce and treat concussions in sports as well as the innovative research and policy changes that are making a difference.

Sports-related concussions are a major concern for student and professional athletes alike—but can they be prevented? We hosted a panel discussion that delves into this challenging issue and the steps being taken to address it. Board Chair David Dodick, MD, FAAN and Sean Sansiveri, Vice President of Business and Legal Affairs for the National Football League Players Association, discussed the efforts being made to better understand concussions and their long-term consequences. The panel reviewed current research strategies and policies that are working toward actively reducing concussions in sports.

What is a concussion?

A subconcussive impact is a blow to the head that does not cause symptoms but may still affect the brain. According to Dr. Dodick, “We’re becoming increasingly aware now that these repetitive subconcussive hits may cause cumulative damage that may be more injurious to the brain than hits that give rise to symptoms.” That’s because repetitive subconcussive hits can still cause a breakdown of the blood-brain barrier, which can lead to a whole host of neurologic issues. But because an individual may not have any symptoms, they may not realize there’s a problem—leaving them undiagnosed and untreated.

How long do concussions last?

In the least serious cases, concussion symptoms may subside within a matter of days or even hours, though you should always consult with a doctor before returning to normal activities. Most people will recover from a concussion within several weeks. However, 15-20% of people who experience a concussion will develop persistent post-concussive symptoms. Persistent post-concussive symptoms are generally defined as symptoms that continue three months after the injury occurs. These symptoms can include headaches, dizziness, fatigue, trouble concentrating, and memory problems, as well as changes in mood, behavior, and appetite. These symptoms will eventually improve for most people, though it can sometimes take months or years.

How common are concussions in sports?

The World Health Organization (WHO) reports that worldwide, there are about 69 million traumatic brain injuries per year. Of those injuries, 56 million are considered mild and are classified as concussions. We know that the vast majority of those concussions are accidents that occur during everyday activities. While it’s difficult to pinpoint the exact percentage that take place during sports, it likely amounts to several million concussions per year. That number likely grows even higher when you factor in how many concussions go undiagnosed.

Dr. Dodick is optimistic about the future of detecting and treating concussions: “The bad news about concussion is we don’t yet have a diagnostic test… we’re getting closer though.” Diagnosing a concussion currently requires a doctor to evaluate a person’s symptoms. Dr. Dodick suggests that medical training should include “more emphasis on recognizing traumatic brain injury in general and concussion in particular.” He also notes that follow-up appointments are crucial after a head injury to address any new symptoms and ensure a proper diagnosis.

While there isn’t a specific treatment for concussion, the medical community has still made positive advancements. Dr. Dodick explains, “we do know a lot about what’s happening in the brain, and therefore we have targets where we can design treatments specifically to treat the biology of concussion.”

While individuals with concussions used to be prescribed bedrest in a dark room, research has revealed that “when you institute aerobic exercise quickly after a concussion, it leads to faster recovery.” In even more promising news, a forthcoming study found that this practice “can actually reduce the development of post-concussion syndrome… by more than 35%.”

Mr. Sansiveri, who serves as Vice President of Business and Legal Affairs for the National Football League Players Association (NFLPA), explains that their approach to reducing concussions is simple: they follow the science. Since 2010, substantial investment in research and testing has helped generate knowledge and insights that are actively helping to prevent brain injuries in sports.

Take football helmets, for instance. “We laboratory test every single helmet and validate these results with on-field performance and injury rates,” explains Mr. Sansiveri. “This has led us to ban certain poor performing helmets…. And it has resulted in a great deal of innovation by the helmet manufacturers themselves.” This helmet innovation has decreased the amount of concussions experienced by both professionals and amateurs playing football, and it has the potential to affect those playing other sports that require helmets as well.

The NFLPA is also in its fourth year of an innovative program in which players wear mouth guards with sensors. Mr. Sansiveri explains that the sensors are “designed to understand impact forces related to concussion and ultimately create position-specific helmets.” The data provides insight that even the most dedicated football coach is unable to observe. Mr. Sansiveri shares a recent example: “This past year, we learned that offensive linemen experience more rotational forces than defensive linemen, something we never would’ve known without investing in this program. This data will ultimately allow us to spur innovation and create more effective safety equipment.”

Science is the driving factor behind advancements in protective equipment and National Football League (NFL) rule changes that impact player safety. By updating rules to eliminate certain types of contact, a player can be saved from thousands of hits during their career. The NFL isn’t the only sports association making major changes either. Recent data suggests that most concussions during a college football season take place during the preseason, and at practice in particular. As a result, the National Collegiate Athletic Association (NCAA) enacted policy changes to reduce the number of practices and preseason games.

Other sports are making changes as well. Mr. Sansiveri points out that for soccer and ice hockey, “there have been some policy decisions made where they’ve minimized or eliminated contact until kids hit a certain age. Usually, it’s around the age of 14. So in soccer, for example, and in ice hockey, you can’t body check or you can’t head the ball until the age of 14.”

The NFLPA continues to invest in medical research designed to understand concussions and their effects, including studies about neurodegenerative disease progression. The organization also directly invests in innovative treatments like near-infrared light treatment and antibody therapy. These investments will have a much broader reach beyond professional football, resulting in positive advancements for the entire field of brain research.

Why More Research Is Crucial

There is still much to be done to improve our ability to diagnose and treat concussions, but there are many reasons to be optimistic. Dr. Dodick is excited about the future of biomarkers, a biological indicator that can signal how the body will respond to a treatment or condition. He hopes that one day a blood or saliva sample will quickly be able to identify when a person has a higher risk of issues with delayed recovery, persistent post-concussion symptoms, and long-term neurologic deterioration. This will improve diagnosis and allow doctors to offer a much more accurate post-concussion prognosis.

Dr. Dodick is adamant that the medical community needs to be “much more aggressive in coming up with therapeutics that actually treat the injury at the point of contact” in order to minimize the damage triggered when the injury occurs. Discovering a way to repair or protect the blood-brain barrier is vital, as this would help mitigate damage from inflammation that can continue for days, weeks, or even months after the initial brain injury.

Concussion research will inevitably lead to important discoveries about other brain diseases as well. Dr. Dodick explains that current data “shows a correlation between concussions and an increase in subsequent seizures in those who have suffered concussions.” While we know that seizures and epilepsy can develop after a mild brain injury, we don’t know who is at risk or how to minimize that risk. With more research, we can prevent higher-risk individuals from developing more serious conditions after a concussion and learn more about other brain diseases in the process.

At the American Brain Foundation, we invest in research across the whole spectrum of brain disease. When we cure one brain disease, we will cure many. Donate today to make a difference. With your help, we won’t have to imagine a world without brain disease, we’ll be able to live in one.