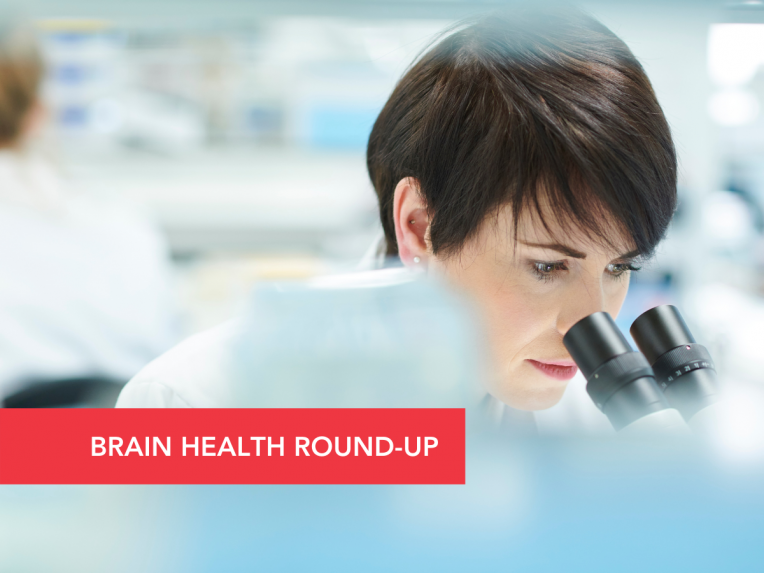 Detecting Alzheimer’s, differentiating between types of dementia, reversing nerve damage, and more. This is what’s going on in the world of brain disease research

We’re excited to share four discoveries that change how we understand, diagnose and treat brain diseases and disorders. Discoveries like these help us imagine life without brain disease. Find out how new studies are leading to results that will improve the lives of those impacted by dementia, motor neuron diseases such as ALS, and more.

For more than 20 years, scientists have been studying imaging data from the brains of dementia patients with either Alzheimer’s or Lewy body dementia in hopes of pinpointing their differences. Now, imaging has proved there is a difference not only between Lewy body dementia (LBD) and Alzheimer’s but also LBD and Parkinson’s. This discovery—and the new quantitative technique that led to it—promises to lead to more effective treatment for these brain diseases.

An uncle wanted to help his niece with spina bifida, a birth defect causing paralysis in the feet and legs. So he built a wheelchair that changed everything. This innovation gave his niece a way to move around. More importantly, it further proved mobility is crucial for brain growth in early childhood. Learn more about the groundbreaking mobility devices, developed by families and doctors, that are making it possible for young children with reduced mobility to play with their peers.

Ultrasound in the treatment of brain diseases

Over the last few years, scientists in Toronto and MedUni Vienna have developed several revolutionary techniques that use targeted pulses of ultrasound to treat a range of brain diseases. The Viennese technique actually improves brain functions. They can be expected to help people with various neuropsychiatric brain diseases such as Alzheimer’s, Parkinson’s, and neuralgia. Another huge advantage of this technique is that it’s virtually free from any side effects.

Detecting Alzheimer’s Gets Easier with a Simple Blood Test

For much of the past century, a definitive Alzheimer’s diagnosis could only be made during autopsy. But now, advances in technologies are making it possible to detect early signs of the disease from a blood sample. A blood test developed by C2N Diagnostics that can identify Alzheimer’s is now available to most of the U.S. as a routine lab test. This incredible discovery could reduce the need for costly, invasive brain scans and spinal fluid measures. That, in turn, can lead to improved treatments and quality of life for people who may have Alzheimer’s.

Scientists at Northwestern University have identified the first compound to repair degenerating brain cells in amyotrophic lateral sclerosis or ALS, a neurodegenerative disease that results in paralysis and then death. This compound improves the health of diseased upper motor neurons. This brings hope to people with ALS. But it also helps those motor neuron diseases such as hereditary spastic paraplegia (HSP) and primary lateral sclerosis (PLS). Prior to initiating a Phase 1 clinical trial of this compound, researchers will complete more detailed toxicology and pharmacokinetic studies.

The American Brain Foundation believes that, one day, we can enjoy life without brain disease—and it all starts with funding research to discover cures. To support our work of connecting scientists with donors, make your gift today.